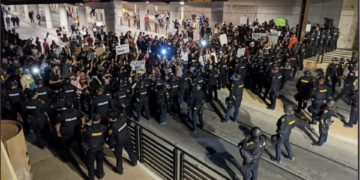 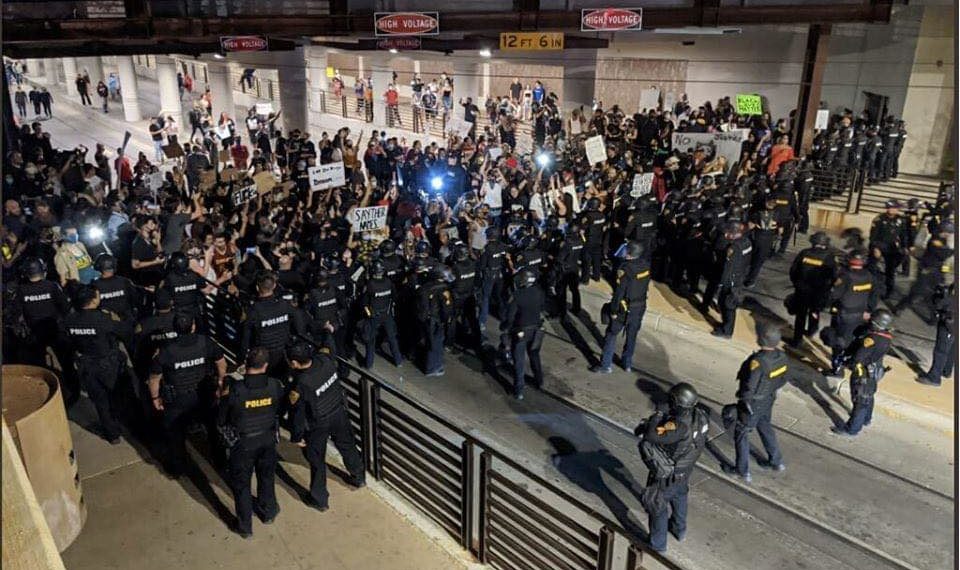 The Tucson Police Officers association recently posted this letter from one of their patrol officers. It sums up the “defund” police movement in a way that we wanted our readers to see. According to the association “This is his experience from this week alone. Time to take action, Tucson.”

Here is a summary of some of the calls I responded to this week:

A car crashed into a house, narrowly missing an elderly couple in the living room and a little girl who was asleep in the adjacent bedroom. The driver was evaluated for signs and symptoms of impairment by a DUI officer. None were observed.

An intoxicated male broke several of his wife’s apartment windows. He cut himself by evidently punching and headbutting some of the windows. We found him hiding on the apartment building’s rooftop. After medical care, he was arrested and taken to jail.

A neighbor saw a male strangling a female on the walkway outside her apartment. The male dragged the female into an apartment, as she tried to escape. We located the female but she refused to be interviewed or to identify her assailant. She had marks on her neck consistent with being strangled.

A male and female committed multiple armed robberies. Officers located the getaway vehicle and conducted a traffic stop. After the female (driver) suspect exited the car, the male jumped into the driver’s seat and fled from police. The next night, officers found the car parked at a convenience store. The male suspect, who was on the nod in the driver’s seat, again fled from police. After a 30 minute pursuit, he abandoned the vehicle and fled on foot into a nearby apartment complex. A community member saw what was happening and told us where the suspect was hiding, simply because he was terrified of him and wanted him off of the streets. The male suspect was located and arrested without injury. The helicopter was instrumental in apprehending this dangerous person.

A 911 caller reported that two cars were chasing and ramming each other. The victim was found and interviewed. She reported that her boyfriend and his friend were in a car, chasing her around and crashing into her car. She also reported that he beat her a couple of nights prior (she had bruising on several parts of her body). The boyfriend had taken her phone from her so she wasn’t able to call 911. We found the boyfriend and arrested him, without injury. He pretended to have swallowed drugs before the arrest, and was therefore transported to the hospital for care as a precautionary measure. He left against medical advice shortly after arrival.

A mentally deranged male- who was also probably high- stabbed a random customer at a convenience store and fled the area. We located and arrested the suspect without injury. The victim sustained serious injury and required surgery.

All of the suspects in the above-listed crimes happened to be minorities, but were treated with dignity and respect.

All of the incidents were 911 calls, which means the contacts were not self-initiated by the officers. There could have been no bias influencing who the police contacted and arrested. There was no force used by officers on any of the suspects. No chokeholds. No knee to the neck. No restraint asphyxia. No punches. No tackles. Not a single injury sustained was caused by officers’ actions or inactions.

This is the way.

This is what you don’t see on the news because it is not sensational enough and because it doesn’t fit the current anti-police narrative that the media and certain organizations are spreading.

This is also what the Tucson City Council and Mayor are considering defunding. The city’s budget is expected to be finalized Tuesday, July 21st, and there are rumors that there may be a last minute defunding amendment. The will of the silent majority is being overpowered by a highly organized and vicious anti-police minority, giving the impression that there are far more against than for us.

If you are for us, please take a few minutes to call the Tucson City Council members and Mayor and let them know you support the police and wish for them to remain adequately funded. Without adequate funding and support from the community, the level of service will undoubtedly decrease significantly and the officers will be less safe. Less funding means less training, fewer specialized units, and fewer resources like the police canines, specialized equipment, and the helicopter.