The Same Politicians That Defunded Police Want To Terminate Them 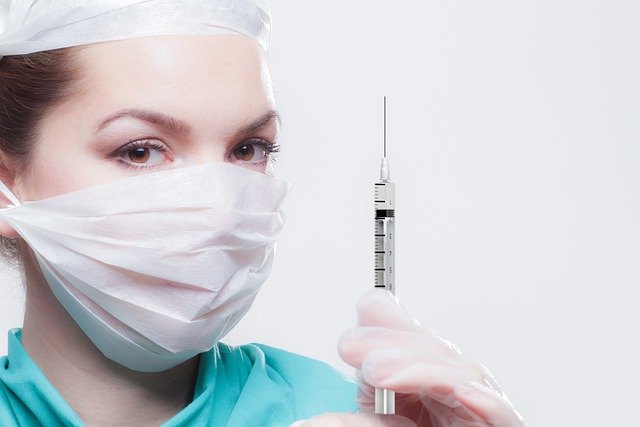 Mandating law enforcement professionals to take the COVID-19 vaccine or face termination has nothing to do with public safety and everything to do with ultimate power and the continued erosion and destruction of policing by various politicians. We doubt anyone that believes in mandating a medical procedure, that was experimental up to just a few months ago, will pay much attention to what we have to say but the law enforcement community is struggling and it is time we say exactly what this is.

As the failed social experiment called “police reform” ravaged the inner cities across the country, creating the largest spike in violence in 100 years, it was law enforcement that continued to make a difference.

When politicians were working at home on Zoom over the last 18 months, it was law enforcement reporting to work everyday.

When the politicians permitted violent mobs across the country to destroy communities and attack law enforcement over a police incident in Minneapolis, it was law enforcement that reported each and every day to work.

Despite the violence all around them and COVID-19 killing close to 500 police officers in the line of duty, the law enforcement profession never bent and the men and women behind the badge continued to serve.

Now, those same heroes are facing a tough choice in cities like San Francisco, Chicago, Los Angeles and Seattle.

Take the COVID-19 vaccine or be terminated….

This mandate has nothing to do with “public safety” as the cowards say it does. If they actually cared about public safety, they would not have created and proliferated an environment where thousands more Americans have been the victims of violent crime in their respective communities.

If the cowards cared about “safety,” they would have long ago enabled their police agencies to stop this violent crime but instead they continue to stand in the way of “law” “enforcement.”

It is hard to ignore the connection between the politicians that have endorsed and encouraged the defunding of police are also the same ones that are threatening the careers of law enforcement officers over a mandated medical procedure.

It is a direct attack and final blow to law enforcement and an effort to take the already created chaos and send each of those cities into a “Purge” environment where they will never recover.

If you believe we are being dramatic, what do you really think will happen in Chicago when Mayor Lightfoot fires 50% of their police officers?

That is the threat and she knows exactly what will happen and it has nothing to do with public safety.

The only sound argument that anyone has repeated for mandating the vaccine falls completely apart if anyone can actually think for themself.

Citing the smallpox vaccine, these cowards say that there are other vaccines that are mandated but can anyone with a straight face keep that argument going?

First, the smallpox vaccine has been around for 77 years and one strain of smallpox has a death rate of 30%.

To compare a vaccine with the track record and success of smallpox to any new vaccine is plain stupid but that is exactly what cowards do. Their only argument is dumb and if you disagree, the only option they have is to attack, cancel, destroy and terminate.

This mandate is a war on cops for one important reason.

The mandated vaccine is not the only option for law enforcement or any other profession.

While we have never hesitated to point out the cowardice of Minneapolis Mayor Jacob Frey in the past, we will give credit when it is due. Rather than a ridiculous mandate, Mayor Frey has offered testing for the Minneapolis Police Department.

Considering those that are vaccinated can transmit and catch COVID-19, testing seems to be a great alternative for those that aren’t comfortable taking a new vaccine with a limited history. A proven better option than the vaccine is natural immunity. Considering cops never “phoned it in” during the pandemic, it’s a pretty good bet those refusing the vaccine have better immunity than those vaccinated.

Testing or the consideration of natural immunity won’t be an option for cowards like Mayor Lightfoot and others because the mandate has nothing to do with keeping cops safe but putting the last nail in the proverbial coffin of their police departments.