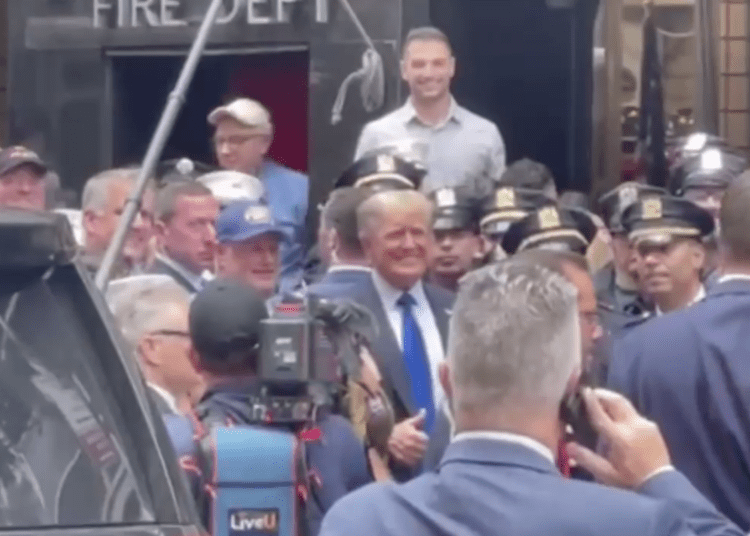 The 45th President of the United States was endorsed by the New York Police Benevolent Association during the 2020 campaign. He left the NYPD’s 17th Precinct in midtown just after 1:40 pm. and exited to cheers and applause, with one well-wisher screaming, “Thank you for keeping us safe,” according to the New York Post.

“I’ve been given so much support by the people who do what you do,” Trump told the friendly audience. “We love the blue. I’ll say it loud. You know, you’re not supposed to say that. We love the blue.”

A formation was created outside the precinct as many of New York’s finest wanted to greet the former president. The law enforcement favorite — due to his commitment to public safety — shook hands and posed for photos with officers before walking next door to Ladder Co. 2, where he warmly greeted firefighters, the Post reported.

As Trump spoke to the assembled guests, he sharply rebuked President Biden and the manner in which the US pulled out of Afghanistan.

“It was gross incompetence and I hate to talk about it on this day,” Trump said.