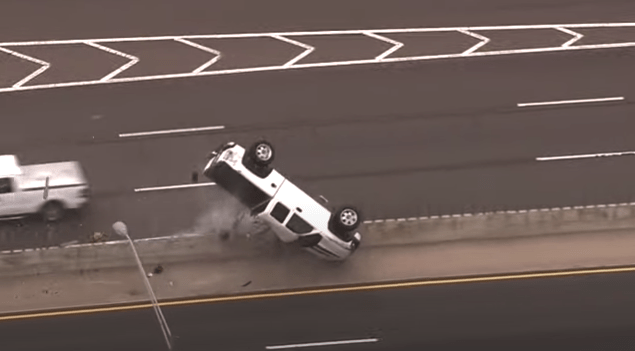 OKLAHOMA CITY, Okla. – A police chase in Oklahoma caused a truck to roll and grind on the lane divider before landing on its wheels and continuing down the road.

Since the vehicle landed upright during the pursuit on Monday, the suspect kept driving.

It’s unclear when or why the chase began, reported clickorlando.com. However, both the Oklahoma Highway Patrol and the McLoud Police Department were involved.

They pursued the truck traveling westbound on I-40. During the chase, a patrol officer forced the vehicle into a barrier, causing the truck to flip over. Remarkably, the pickup landed on its wheels and kept going.

However, several miles later it stopped and the occupants were taken into custody.