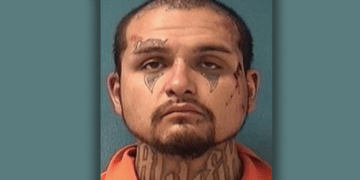 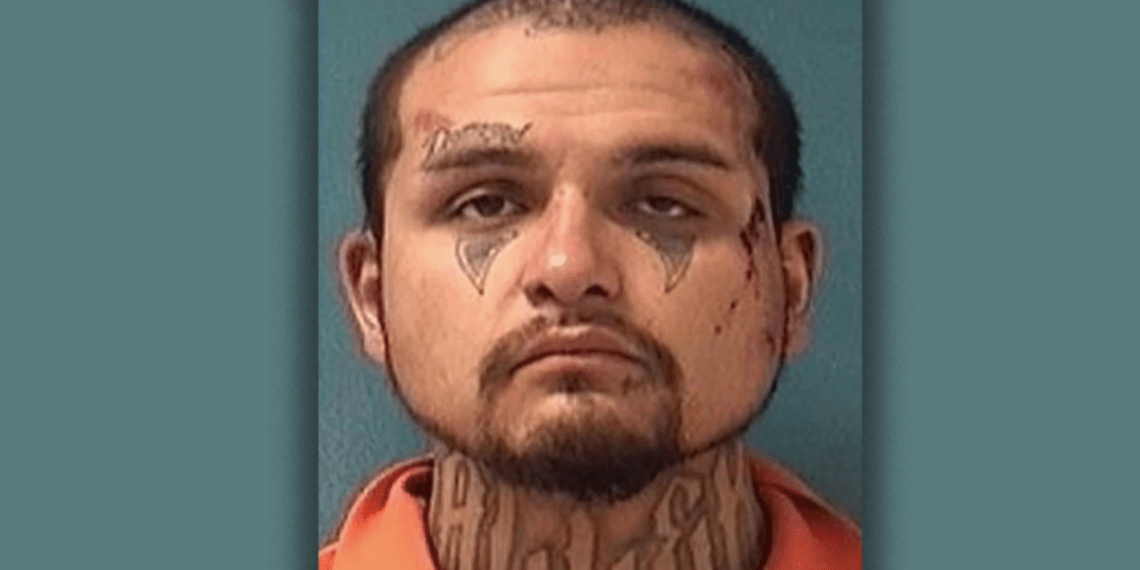 GALLUP, N.M. — A Colorado Bureau of Investigations manhunt led to the arrest of a convicted felon going by the moniker “Psycho,” who was wanted in connection with three deaths.

Authorities will transport Baroz to the McKinley County detention center in Gallup.

CONEJOS COUNTY, Colo. — Colorado’s Bureau of Investigations launched a manhunt Wednesday to find a convicted felon they identified as the suspect in the deaths of three people, after human remains were found last week at two separate properties in the San Luis Valley.

A homicide warrant has been issued for the arrest of Adre Jordan Baroz, 26. Law enforcement authorities say the wanted man goes by the nickname “Psycho.” He is from the town of Sanford, near the hamlet of Los Sauces in Conejos County, and has a criminal history in Colorado that includes assault on a peace officer, attempted escape and theft, Fox News reported.

CBI said the skeletal remains of three people were discovered last week at two separate properties in Los Sauces or Lasauces, a rural community and former 19th-century stagecoach stop outside the small city of Alamosa, more than 200 miles south of Denver.

A task force was formed between state investigators along with the Monte Vista and Alamosa Police Departments and Conejos and Saguache County Sheriff’s Offices to further investigate the crimes.

According to investigators, it could take weeks, if not months, to identify the victims. Thus far, it isn’t known whether the remains are male, female, what age they may be or how long they were at the properties, said George Dingfelder, police chief of the small community of Monte Vista.

Alamosa Police Chief Ken Anderson said authorities consider Baroz armed and dangerous and that any sightings should be reported to law enforcement. “Psycho” also has open criminal cases against him that include several drug charges, possession of a weapon by a felon and assault, according to state court records.

“The San Luis Valley is very small. It’s a tight-knit community,” Anderson said at a Zoom press conference. “Most of us have grown up here. We’re just trying to keep the community safe right now.”

“Our priority is to get him into custody and identify the remains,” said CBI Deputy Director John Camper, referring to Baroz.

Dingfelder said authorities obtained a search warrant last week for a property near Las Sauces. They didn’t disclose what led their investigation to the location or what kind of probably cause existed to seek a warrant.

As a result of their search, they found human remains there and then found more on a nearby property, Fox reported.

Investigators continue to search the second property “to ensure all remains and all evidence is found,” Conejos County Sheriff Garth Crowther said.

In first announcing the discoveries Tuesday, CBI said this case does not appear to be related to the disappearance of Suzanne Morphew, “but all possibilities are being considered.”

Last week, authorities renewed calls for information about the 49-year-old wife and mother of two daughters on the sixth month anniversary of her disappearance, Fox reported.

A neighbor dialed 911 after Morphew left for a bike ride from her home in the Maysville area in Chaffee County and never returned. Investigators have yet to name a suspect in the case. She was last seen by her husband, Barry Morphew, 52, who was reportedly away in Denver for a landscaping job.

Law Officer is the only major law enforcement publication and website owned and operated by law enforcement. This unique facet makes Law Officer much more than just a publishing company but is a true advocate for the profession.
Tags: Adre Barozpsychoskeletal remainstriple homicide