There have been 17 calls in the past year to the house where the victims were found, including calls for aggravated assault and domestic crimes. 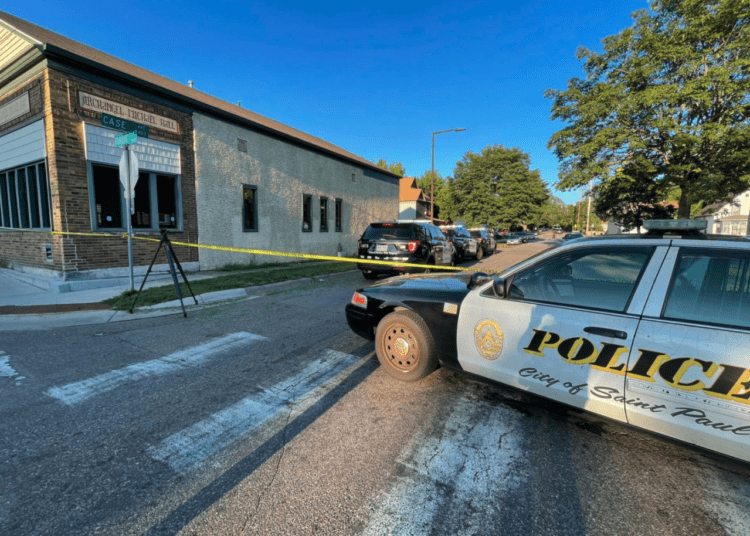 ST. PAUL, Minn. – Three people were killed in a shooting Sunday afternoon in St. Paul’s Payne-Phalen neighborhood. Two others were injured in the incident.

According to police, officers responded to the 900 block of Case Avenue East around 4:30 p.m. on a report of a shooting. They arrived to find two people outside with gunshot wounds, who told police there were three additional victims inside the residence.

Paramedics responded and pronounced the three victims inside the home dead at the scene. The two additional victims were transported to a hospital.

Police didn’t release the ages or genders of the victims. They are still looking for possible suspects.

“As people were enjoying the holiday weekend and some of the best weather of the year, that atmosphere was shattered when five people were shot in our city,” Sgt. Mike Ernster said during a press conference Sunday night. “This unthinkable crime will not only affect the crime victims and their families, but the neighborhood where it occurred and our city as a whole.”

He described the crime scene as “one of the most complex” they have seen “in a long time.”

“We won’t be releasing certain amounts of information tonight to maintain the integrity of this investigation,” he said.

Ernster said he can’t say at this point if any of the victims were children or if they were related.

“It’s wide open right now as far as who’s responsible for this crime, whether it be one or multiple people,” he said.

Ernster said there have been 17 calls in the past year to the house where the victims were found, including calls for aggravated assault and domestic crimes.

The medical examiner will release the names of the victims in the coming days.

The three deaths bring the total number of homicides on the year to 27 in St. Paul.