Sheriff Ed Gonzalez described the circumstances as 'horrific' and 'tragic' 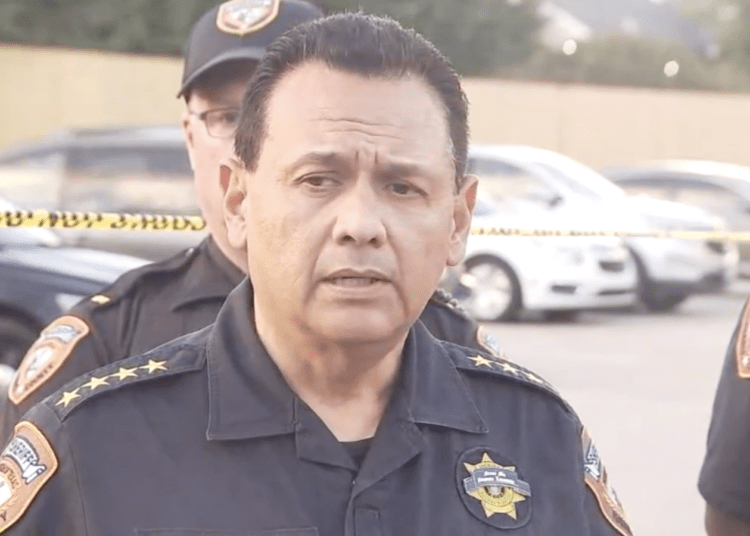 A 35-year-old Houston-area woman and her 31-year-old boyfriend were arrested Tuesday, both of them charged in connection with the death of a 9-year-old boy whose skeletal remains were found Sunday inside an apartment.

Harris County Sheriff Ed Gonzalez said the boyfriend Brian Coulter has been charged with murder while the mother Gloria Williams has been charged with injury to a child by omission and tampering with evidence (human corpse). Additional charges are expected to be filed, FOX 26 of Houston reported.

According to the medical examiner, the nine-year-old’s death has been ruled a homicide by multiple blunt force injuries.

Both suspects had been released following an initial round of questioning.

HOUSTON — The skeletal remains of what is believed to be a 9-year-old boy were found in a Houston apartment as children were abandoned. The child’s remains may have been there for up to a year, according to authorities.

Harris County Sheriff Ed Gonzalez expressed his surprise and dismay at the situation, which he described as “horrific” and “tragic.”

“I have been in this business a long time, and never saw anything like this.” Gonzalez said during a press conference Sunday, ABC 13 News reported.

Deputies of the Harris County Sheriff’s Office responded to a call on Sunday after a 15-year-old boy who also lives in the apartment told a 911 dispatcher that his 9-year-old brother had been dead for a year. The teenager told the sheriff’s office that the body was in the apartment he shared with two other younger brothers, ages 7 and 10.

Moreover, the teen also said his parents had not lived in the apartment for several months, according to the news outlet.

Sheriff Ed Gonzalez updating media at 3535 Green Crest. Three juveniles were found alone in a home, along with a deceased juvenile. Homicide investigators long with CPS and Child Abuse investigators are on scene. #HouNews pic.twitter.com/SpJXHbBswy

Law enforcement authorities discovered three brothers in the apartment, as well as the skeletal remains that are suspected to belong to the 9-year-old. The boys appeared to have been abandoned and malnourished. They were taken to the hospital to be treated, according to the sheriff’s office.

The skeletal remains were reportedly not concealed in the apartment but sitting out in the open, ABC 13 reported.

“[We’re] connecting all the dots at this point, it appears [the kids] were in there while the body was deteriorating,” Gonzalez said.

Late Sunday night HCSO located the mother of the children and her boyfriend. Gonzalez said Monday morning the two were interviewed and eventually released without charges being filed. He did not immediately provide further details.

There are no new developments this morning regarding the scene on Green Crest. Mother and her boyfriend were located, interviewed and released. CPS is assisting with the children. Our investigation remains on-going. No charges have been filed. #HouNews

The children are now in the county’s custody. An investigation is underway to confirm the remains belong to the 9-year-old and to determine how long he has been dead, Fox reported.

It is unclear if the children were attending school while living with the skeletal remains, or if there is a biological father in the picture.