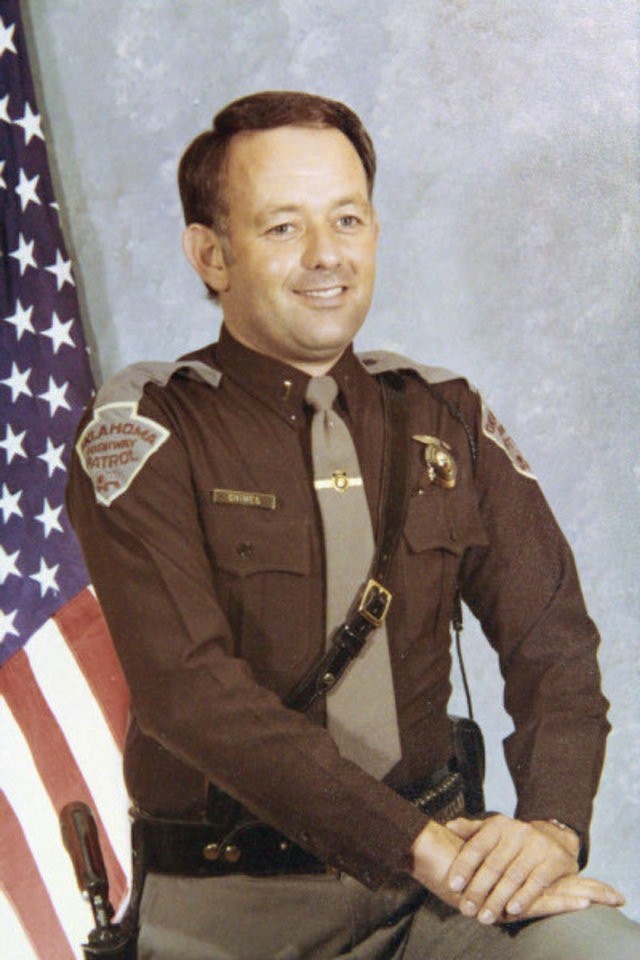 “It’s Oklahoma Highway Patrol’s darkest day,” said OHP Trooper Lt. Scott Hampton. “It’s the day that we had many troopers died in the line of duty on the Caddo-Kenefic manhunt.”

May 26, 1978, Troopers James Grimes, Houston “Pappy” Summers and Billy Young were on the hunt for two inmates who escaped the state prison in McAlester.

Summers and Young were shot and killed by escapees Claude Dennis and Michael Lancaster near Kenefic, when they stumbled upon the killers along a dirt road. The two fugitives then fled to Caddo, where again, they ambushed two troopers in a neighborhood. One of them, Pat Grimes, was killed.

Former OHP troopers said a small memorial was built back in the 1980’s in Caddo off Choctaw and Court streets, just feet away from where Lt. Grimes was fatally shot and killed. For the upcoming 40th anniversary of OHP’s darkest day, they wanted update that memorial.

“The original monument will be here and we’ll have three individual monuments for each trooper and the slant in the middle will be a narrative as to what occurred,” Tom Garner, who knew the troopers, said.

We’re told over 16-thousand dollars was donated to add on to the site.

“A wonderful effort to remember these men,” Garner said. “The sacrifice they’ve made and not only them but there’s been about 38 troopers now, so we remember all of them that’s given their lives.”

“They haven’t been forgotten and that we all still think about their sacrifice for their state,” Lt. Hampton said.

The unveiling for this monument is scheduled for Saturday at 11 a.m.