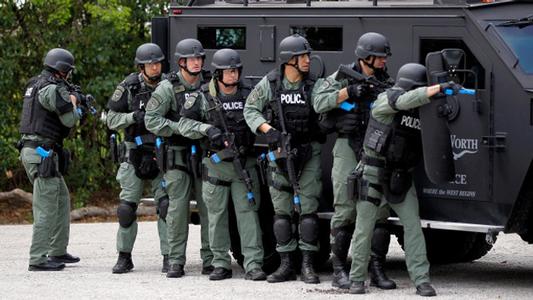 The War Against Cops

The War Against Cops

Editor’s Note: Almost a year after this article was written, it remains talked about and discussed both within law enforcement and out.  Ironically, The FBI issued a report in May 2017 that mirrors much of what was written here.  Law enforcement saw a record high in ambush assaults in 2016 which further solidifies why this article was written.  Those that hate law enforcement will continue to attack by using the media.  In this case, our author was vehemently attacked personally and professionally by a couple of individuals for writing, what now, has been confirmed by the FBI.

I’ll never forget the mood at the squad meeting at 3 pm on September 11, 2001.  I gathered with about 20 cops in the same room that we had deployed out of for years but this day was different.  Our country had been attacked and we were pissed.

In fact, several from that day joined the military and others seriously pondered it.

Those thoughts and feelings came back like a vengeance this morning as I heard the news about Baton Rouge.  Yes, we all saw five officers killed in Dallas last week and multiple shot throughout the week but today’s news solidifies what just about no one wants to acknowledge.

There is a war against cops!

All we have heard for the last few years is how cops are racist and our training isn’t right and we don’t need basic equipment like riot gear, helmets and armored vehicles and we all need to ‘soften’ our uniforms.  This is all pushed down our throats even more every time we have to use deadly force against individuals attacking us.

We have leaders of state police saying we must all be re-trained, celebrities calling us murderers and even the President saying our profession has embedded racism. Groups advocating the elimination of the police continues to be invited to the White House despite violence breaking out all around them and despite all of that….no one wants to acknowledge the obvious.

There is a war against cops!

Disclaimer:  Some have expressed anger because they assumed that I was advocating a war against a community or certain groups.  Just recently, a man told me that I advocated a “war against black people.” The article doesn’t say that or imply that and that claim is not only ridiculous but hateful and vile.   This was written within 30 minutes of watching brothers and sisters being gunned down by a coward wearing a mask and using a rifle to kill 3 Baton Rouge Police Officers.  Just a few days earlier, I watched a similar scene play out in Dallas where 5 police officers were murdered. Those awful images were seared in my mind as I wrote down my thoughts.  This “war against cops” has been well documented by many others including the Department of Justice and Author Heather Mac Donald to name a few and no where in those discussions (or this article) is race discussed. Why am I being accused of being a racist because I wrote about the “war on cops?” Because some, don’t want this discussion to happen and that is the goal…to silence this dialogue.  The hateful, rhetoric will not work with me.  I do not apologize for writing it because it is true.  If you don’t believe it, you have not been paying attention to what is happening to  law enforcement across our land.  In fact, I’ve continued to discuss this issue after numerous ambush attacks continue to happen to police officers. The false narratives and lies about law enforcement needs to come to an end.  Our editors have expanded on this issue and included some of the hysteria from this article here.