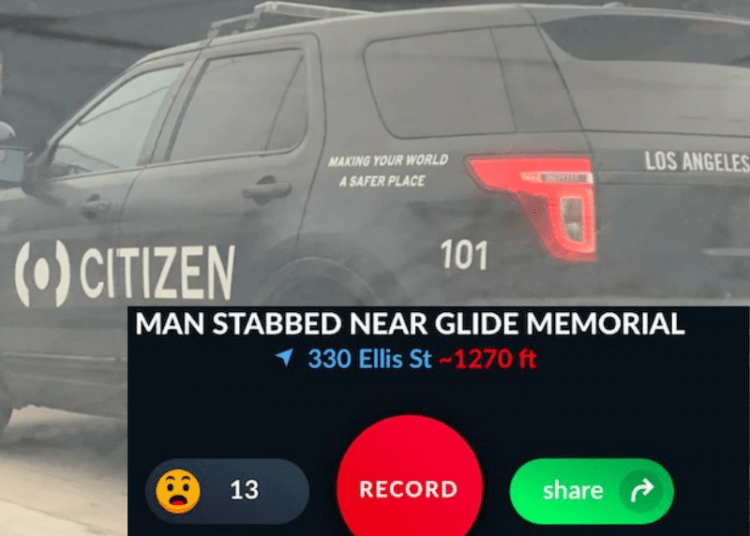 The “Citizen” crime app is billed as a way for people to protect themselves and others by reporting crime, filming it, and alerting the community about various criminal acts and incidents. It was based on the idea people could alert others about a crime as it happened and try to stop the crime without needing the police.

All seemed fine with the app—until an innocent man was targeted. Earlier this month, Citizen’s CEO Andrew Frame pushed the company to offer a $30,000 reward for any information that could lead to the arrest of an arsonist who started a wildfire in Los Angeles.

The Washington Examiner reported that Citizen used faulty information about the incident to target an innocent man, labeling him an arsonist on its livestream service. Over 800,000 users in Los Angeles were sent notifications and encouraged them to find the man.

According to Motherboard, the CEO of Citizen shared the following messages with employees:

“FIND THIS F*** LETS GET THIS GUY BEFORE MIDNIGHT HES GOING DOWN,” Motherboard reported.

“BREAKING NEWS. this guy is the devil. get him,” Frame said. “by [email protected]#! we hate this guy. GET HIM.”

However, it wasn’t the man Citizen had accused—or promoted as the suspect for many hours on its app.

Targeting an innocent man in Los Angeles wasn’t the first time the app has caused controversy. In their launch video along with the hashtag #CrimeNoMore, several young men were depicted rushing to help a woman who was chased by a menacing stranger; the video instructs users not to “interfere with the crime,” but then adds, “Good luck out there!”

Steven Renderos, Center for Media Justice, told the Appeal that “these apps are not the definitive guides to crime in a neighborhood—it is merely a reflection of people’s own bias, which criminalizes people of color, the unhoused, and other marginalized communities.”

Yet as cities continue to pursue efforts to defund the police—and crime continues to surge across the nation—citizens will be forced to take crime and safety into their own hands. Whether or not apps such as Citizen will help or hurt such efforts remains to be seen.

And without fair investigations and the presumption of innocence, the Citizen app seems to be a way for prejudice to run amok as this unfortunate incident of an innocent man clearly shows.