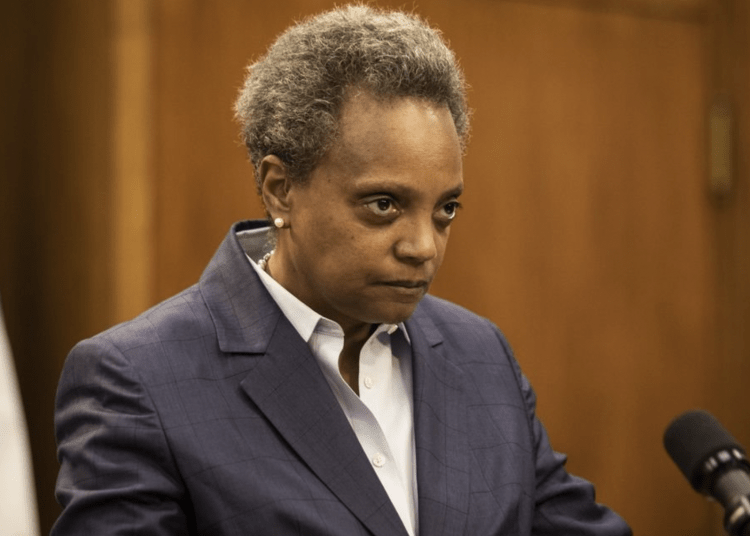 CHICAGO — So far this year, there have been more than 1,600 shootings in Chicago. And during the same week that Chicago Mayor Lori Lightfoot has declared racism a “public health emergency”—she has diverted millions of dollars in COVID relief funds to address the issue.

Meanwhile, during the same week, forty-five people have been shot and at least five have been tragically killed in the city under her so-called “leadership.” So, let’s be clear about the obvious facts: most of the people doing the shooting are not “White Supremacists.” Or if they are, they’re probably suffering an identity crisis.

Lightfoot joins Biden and other members of the bumbling virtue brigade have declared “White Supremacy” as our greatest national threat. However, she may want to inform many of the criminals responsible for violent shootings in Chicago that they are way out of line with that ideology.

For example, in one of many violent attacks over the weekend, a man and a woman were ambushed in their car by three gunmen—who do not appear to be typical “White Supremacists.”

This happened in Humboldt Park Chicago last night. Couple was pulled out of their car and shot. He died, she is in critical condition.

At least 21 people were shot in Chicago overnight, with three people having died from their injuries. pic.twitter.com/5wtmWGOIoq

Just after that brutal attack, a woman was fatally shot in Bucktown on the Northwest Side according to the Chicago Sun-Times. She was riding in a vehicle about 1 a.m. in the 2100 block of North Oakley Avenue when another vehicle drove up alongside and someone inside opened fire, striking the woman, who was later pronounced dead at the hospital. Once again, the suspect was most likely not a “White Supremacist.”

Likewise, despite Mayor Lightfoot’s political pandering, crime stats tell a completely different story. For example, in 2019, 9 out of 10 blacks were killed by other blacks according to FBI crime statistics.

So based on actual crime facts and stats, it seems the real “racism emergency” has more to do with politicians telling African Americans to fear “White supremacists”—while back in reality they’re more likely to be victims of violence perpetrated by other African Americans.

Of course, African American gangbangers could now be the new “re-imagined White supremacists” according to Lightfoot—and maybe she just forgot to send us the memo.

At least one Chicago politician has dared to make the obvious known, and more clearly explain that gangs—not racism—are responsible for the violence in Chicago:

Of course, like all the other idiotic, woke-minded politicians, if Mayor Lightfoot wants to ignore the obvious, that’s fine. But it’s not fine when she decides to divert almost ten million dollars toward “fighting racism” instead of actually funding effort to solve the actual problems of violent, often gang-related crime.

Hopefully, there may be light at the end of the dark tunnel of violence in Chicago.

And so far as hope is concerned, thankfully Mayor Lightfoot’s hypocrisy has become so asinine, it’s impossible to ignore.

We can only encourage law enforcement leaders to do the same…