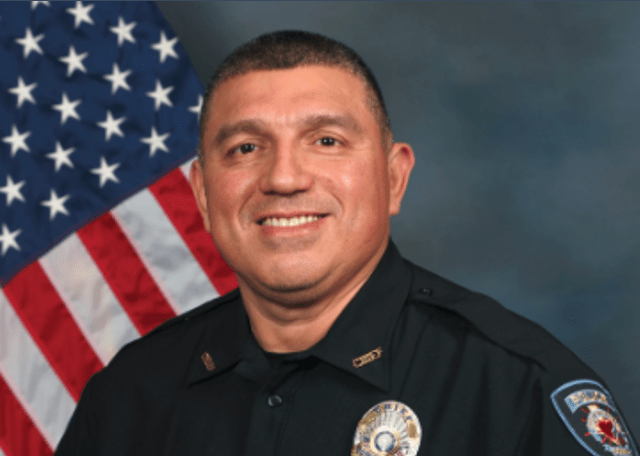 DONNA, Texas – Ten days after he was fired for reportedly failing to respond to school shooting threats, Gilbert Guerrero has learned that he will be reinstated as chief of police in the city of Donna, Texas effective Monday, according to a report.

“It’s the power of, I guess what you say, the truth,” Guerrero said on Friday, myrgv.com reported.

Guerrero was notified of his pending reinstatement via a letter addressed to him Friday by City Manager Frank Perez.

“In my reconsideration, I have taken into account the matters contained in your letter of June 7th, your long tenure and career as a law enforcement officer as well as the fact that you enjoy the confidence of your department personnel,” Perez stated.

“I am therefore, reinstating you as Chief of Police in the City of Donna effective Monday, June 20…” he further stated.

The reinstatement comes following an outpouring of public support for the ousted chief.

Perez released a statement regarding the firing of now former chief Gilbert Guerrero. In the statement, the city manager addressed citizens who apparently had the impression the chief was terminated without cause, Valley Central reported.

Perez said that Guerrero’s dismissal was related to his handling of a possible threat following the Uvlade school massacre where 19 children and two teachers were murdered by an 18-year-old gunman.

“Unfortunately, the ex-chief did not act upon those threats and in fact, ordered his officers to not pursue the anonymous caller’s tip(s). However, our concerned officers pursued the tip which led to the arrest of several individuals and the unraveling of a serious plot to bring harm to our students and staff with gun violence,” said Perez’s statement.

The city manager noted the intercepted plot “had the potential to mirror or even eclipse the horrors of Uvalde.”

Perez was grateful for the officers and people who helped bring about the arrests of four males for threats made against a Donna school, Valley Central previously reported.

According to the news outlet, Nathaniel Seth Montelongo, 17, and Barbarito Pantoja, 17, were taken into custody by Donna police and arraigned on charges of conspiracy to commit aggravated assault with a deadly weapon, and each issued a bond amount of $750,000.

Two younger co-conspirators were taken before a juvenile magistrate.

Guerrero told Valley Central that he never gave an order to stop the investigation.

“City Manager Frank Perez failed to conduct a proper investigation … I never gave an order to stop the investigation, but Mr. Perez continues to follow the directives given to him by Councilman David Moreno who is behind my termination,” said Guerrero.

Meanwhile, Perez is moving forward on a plan for new leadership in the police department.