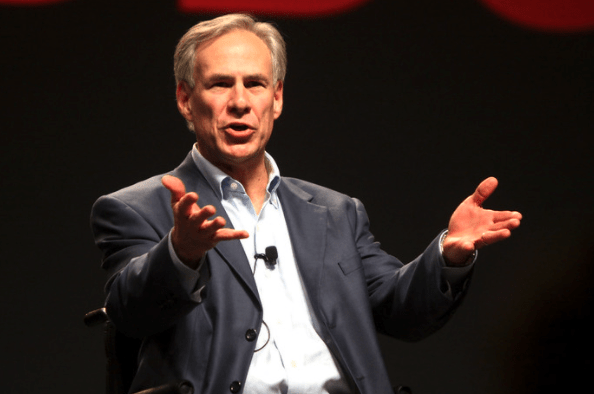 AUSTIN, Texas – Gov. Greg Abbott of Texas issued a statement of support Wednesday for the 19 Austin police officers who were indicted on felony charges by a grand jury at the behest of rogue Democrat Travis County District Attorney Jose Garza.

The officers are facing charges for deploying less lethal munitions at rioters who were blocking I-35, the main interstate through Austin, and refusing to disperse after multiple instructions by police to do so. At issue is the condition of the beanbag rounds, which were reportedly out of date and caused injuries to rioters, Law Officer reported.

Consequently, several people were injured by the extraordinarily hardened nature of the beanbag munitions deployed by police, and the city has already settled some of the lawsuits.

Over a dozen officers were injured by rioters during the civil unrest on May 30 and 31 of 2020, a fact that seems lost on Garza. Several officers were struck by bottles, rocks, jars of paint, and frozen water bottles used as weapons against police by the unruly mob, Fox News reported.

The legal action taken by Garza ranks among the most indictments on a single police department in the U.S. over tactics used by officers during the widespread protests and riots.

Abbott, a Republican who seems to be in constant opposition to the liberal leadership in Austin, has responded to the broad sweeping indictment, suggesting he might act, if necessary.

“Last year, Austin set an all-time record for the number of murders. It comes as no surprise that murders increased after Austin decreased funding for law enforcement,” Abbott said in the statement. “In Texas, we do not defund and denigrate our law enforcement officers. Instead we support them for risking their own lives and safety to protect our communities from people who endanger and attack our communities.”

Continuing, the governor said, “In 2020, Texas experienced violent protests that wreaked havoc on our cities. In Austin, law enforcement officers defended the state Capitol from criminal assault, protected the Austin Police Department headquarters from being overrun, cleared the interstate from being shut down, and disrupted criminal activity in areas across the city. Many officers were physically attacked while protecting Austin. Those officers should be praised for their efforts, not prosecuted. Time will tell whether the accusations against the courageous Austin police officers is a political sham. Time will also tell whether I, as Governor, must take action to exonerate any police officer unjustly prosecuted.”

Garza charged each officer with first degree felony charges that have an exposure of 5 to 99 years in prison.