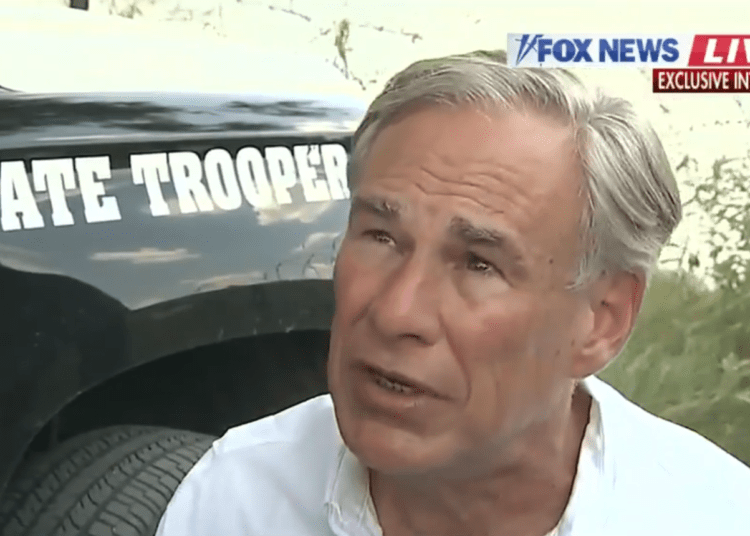 AUSTIN, Texas – Gov. Greg Abbott of Texas on Thursday issued an executive order that allows Texas law enforcement and the National Guard to return illegal immigrants apprehended in the state back to the U.S.-Mexico border. The desperate move comes as counties have urged him to declare the migrant crisis an “invasion.”

Per the governor’s order, the Texas Department of Public Safety (DPS) as well as the Texas National Guard is authorized to apprehend and return illegal immigrants, who have crossed between ports of entry, to the southern border. Under the order, illegal aliens will be taken to the U.S. side of the border, but not into Mexico, according to Fox News.

Last week Sheriff Brad Coe of Kinney County did this very thing after a group of illegal aliens crashed during a pursuit and refused medical treatment. Since they were not medically cleared following the collision, Border Patrol was not allowed to retrieve them per policy. Consequently, Coe personally drove them about an hour and dropped them off at the U.S.-Mexico border, Law Officer reported.

“While President Biden refuses to do his job and enforce the immigration laws enacted by Congress, the State of Texas is once again stepping up and taking unprecedented action to protect Americans and secure our southern border,” Abbott said in a statement. “The cartels have become emboldened and enriched by President Biden’s open border policies, smuggling in record numbers of people, weapons, and deadly drugs like fentanyl.”

“I have authorized the Texas National Guard and Texas Department of Public Safety to begin returning illegal immigrants to the border to stop this criminal enterprise endangering our communities,” Abbott said. “As the challenges on the border continue to increase, Texas will continue to take action to address those challenges caused by the Biden Administration.”

Abbott’s bold order comes on the heels of 53 migrants dying from heat exhaustion while they were transported in conditions worse than cattle. The Mexican nationals literally baked to death in the trailer attached to a semi-truck on a day that temperatures reached 103 degrees in San Antonio in June.