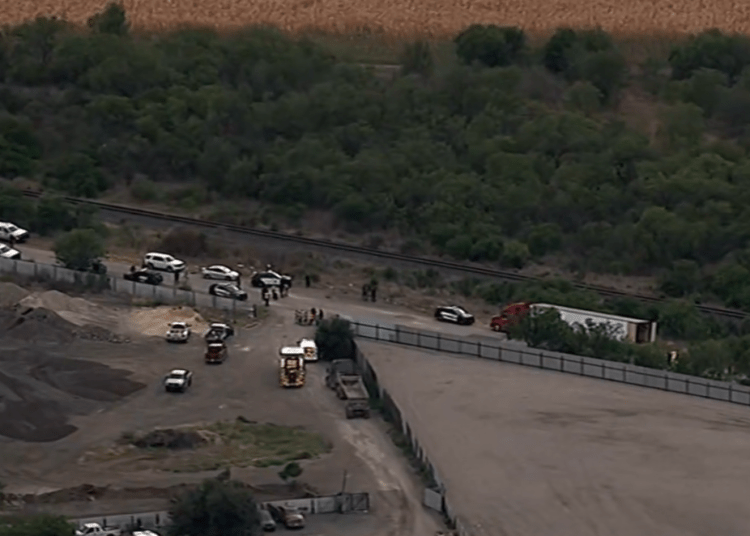 SAN ANTONIO, Texas – The driver of the tractor-trailer truck that literally baked at least 53 migrants to death in Texas was reportedly “high on meth” when he was nabbed, authorities said.

Homero Zamorano, 45, is believed to be responsible for abandoning the 18-wheeler with dozens of migrants stashed in the trailer on a day when temperatures hit 103 degrees in San Antonio. He was arrested Monday evening in a nearby field, authorities said.

“He was very high on meth when he was arrested nearby and had to be taken to the hospital,” a law enforcement official told the San Antonio Express News.

After authorities made the mass-casualty discovery Monday evening and arrested Zamorano, police ran the registration and discovered the truck came back to a local address in the 100 block of Arnold in Bexar County.

When officers stopped the vehicle, one of the men confessed to having a firearm in the truck. Investigators obtained a search warrant for the home on Arnold. A subsequent search revealed more guns, court records revealed.

According to the criminal complaints, D’Luna-Bilbao and D’Luna-Mendez were both charged with possessing firearms while residing in the US illegally, NBCDFW reported.

Their connection to Zamorano and the 53 deaths remains under investigation as it is unclear if they played a role in the human smuggling operation.

Charges against Zamorano are expected, but he remained in the hospital as of Tuesday night, a Mexican official said, according to the New York Post.

Zamorano also has addresses in Houston and the Rio Grande Valley, so the investigation is expected to expand. His status in the US is unclear.