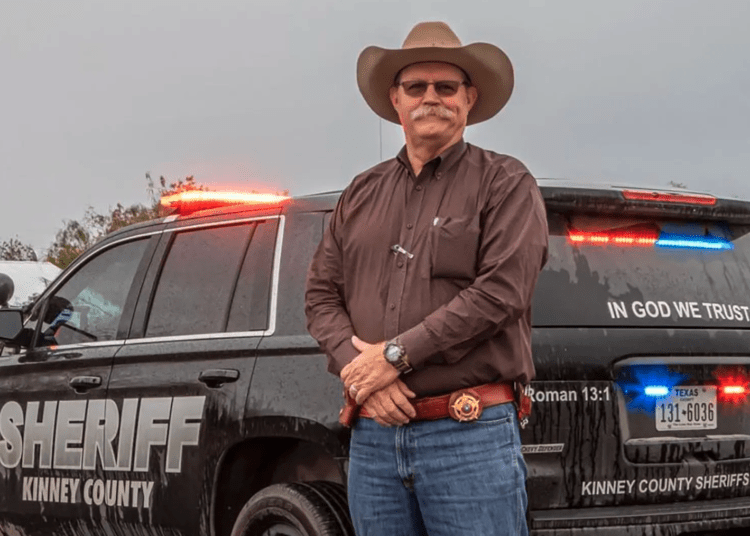 KINNEY COUNTY, Texas – The Kinney County sheriff in Texas personally drove four illegal immigrants he’d apprehended back to the US-Mexico border to deport them. The lawman says the federal government has left him with no choice.

The migrants were apprehended after a suspected smuggling vehicle that deputies were pursuing crashed on Wednesday morning, Sheriff Brad Coe told the Epoch Times

The sheriff said there were five illegal immigrants inside the vehicle, including a woman who had to be taken to hospital for non-life-threatening injuries.

Border Patrol agents told Coe they could only apprehend the four other migrants if they’d been medically assessed at a hospital first. This put the sheriff in a predicament since they refused medical treatment.

“They had declined any type of medical help,” Coe said of the four uninjured migrants.

“So I can’t let them walk the streets. I can’t say, ‘Hey, go, be free.’ Because I still have to protect the Constitution and protect the people in the county.”

The fed-up sheriff added, “To let them go, undocumented, unaccounted for, just go because of a policy — I couldn’t do it.” 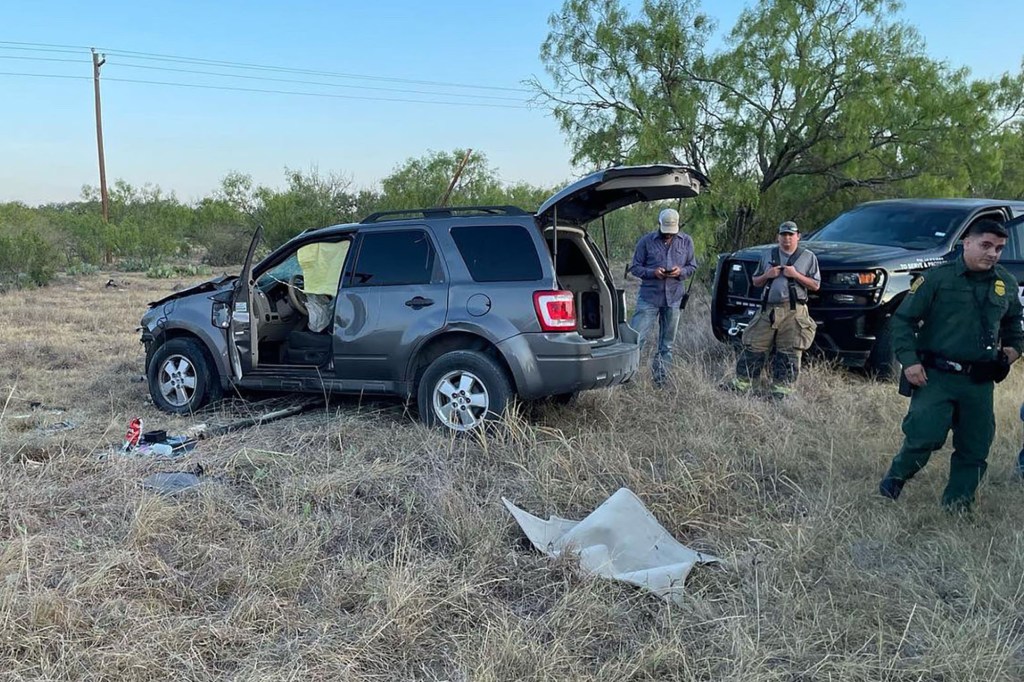 Sheriff Brad Coe said the illegal immigrants were discovered after a suspected smuggling vehicle his deputies were pursuing was involved in a crash. (Kinney County Sheriff’s Office)

As a result, Coe loaded the migrants into his sheriff’s vehicle and drove an hour to Eagle Pass, where there’s an official port of entry to Mexico and dropped the four individuals off in the middle of the international bridge.

The driver of the crashed vehicle is a Mexican national who was wearing a cartel-lined insignia. He was arrested and is now facing seven felony charges, the New York Post reported.

“It’s going to be the exception rather than the rule. But at the same time, if Border Patrol won’t take a group for whatever reason, I don’t have a choice,” Coe said. 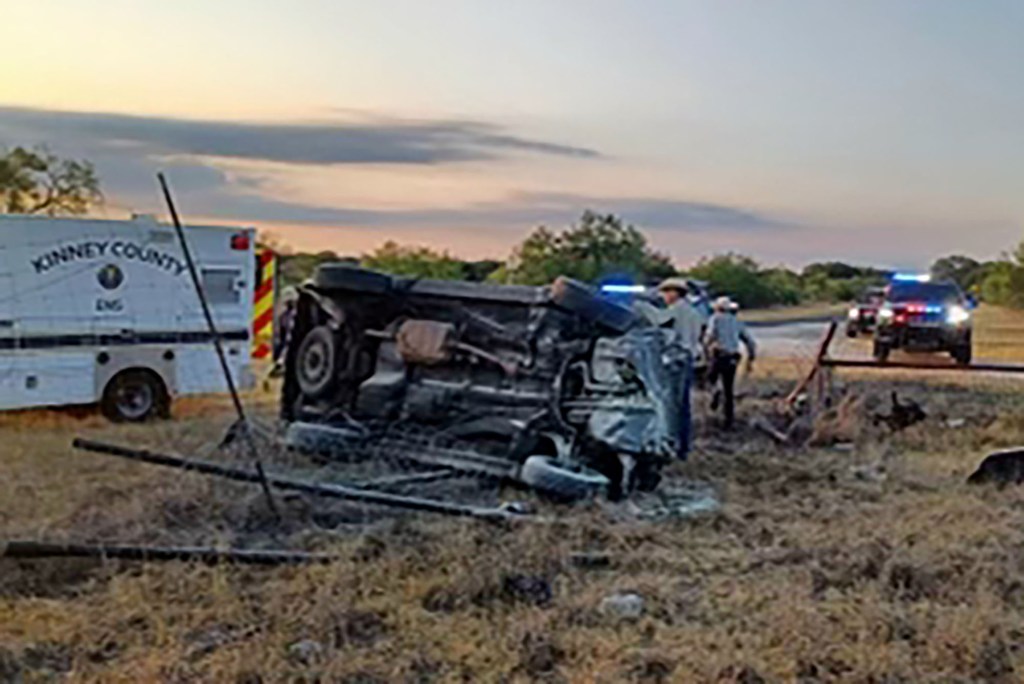 Four of the illegal immigrants refused medical treatment in the wake of the collision, which meant Border Patrol refused to take them into custody, the sheriff said. (Kinney County Sheriff’s Office) 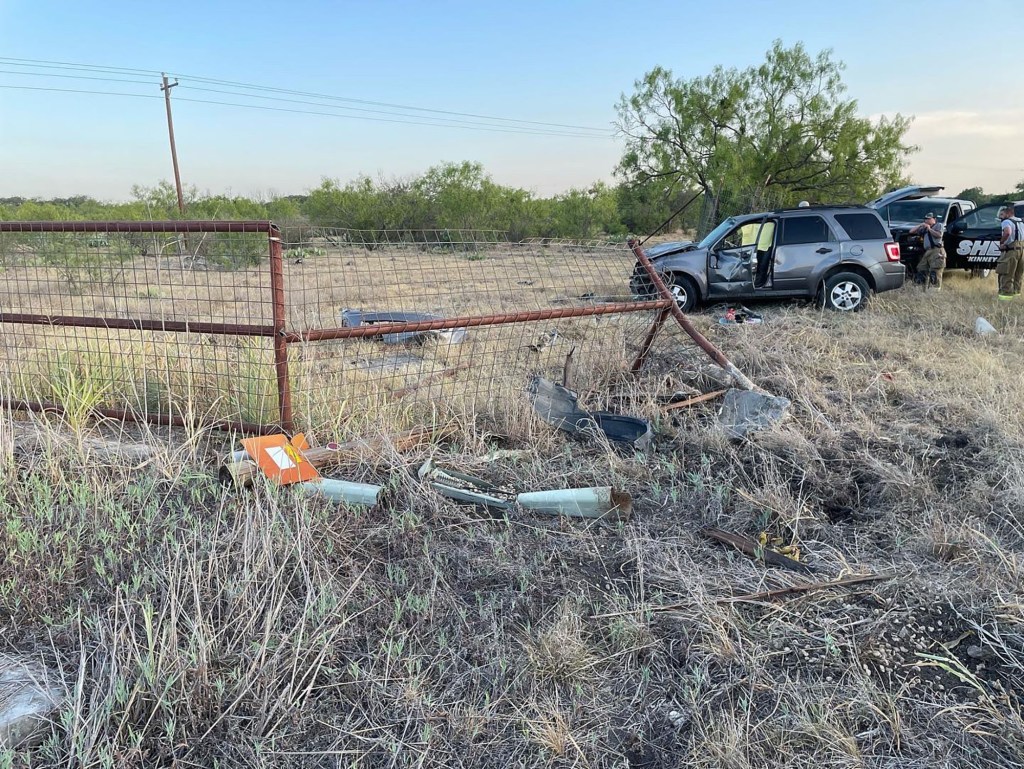 Sheriff Brad Coe placed the migrants in his sheriff’s vehicle and drove an hour to Eagle Pass, where there’s an official port of entry to Mexico. (Kinney County Sheriff’s Office)

Coe said he isn’t sure if there will be a legal price to pay for his actions. However, he argued that local law enforcement is left with no choice and shouldn’t be required to commit so many of its resources to the ongoing border crisis.

Kinney County deputies have corralled 66 human smugglers in the month of June alone, as the Biden administration has a defacto open border policy.

In the aftermath of the human smuggling catastrophe that left 53 migrants dead in a sweltering truck in San Antonio on Monday, Gov. Greg Abbott praised Coe’s move during a press conference Wednesday, according to the Post.

“I applaud all of our sheriffs for having to respond in unprecedented conditions. And that’s causing all of us to use unprecedented action,” the Texas governor said.

“And so whether it’s doing what that sheriff in Kinney County is doing, or what we’re doing, such as turning back more than 20,000 people, we all have our own tools and strategies that we use to either turn back or to return people across the border.”

According to the Post, the latest figures bring the total migrant encounters in fiscal year 2022 to more than 1.5 million.