The source of ignition in the green automobile remains under investigation 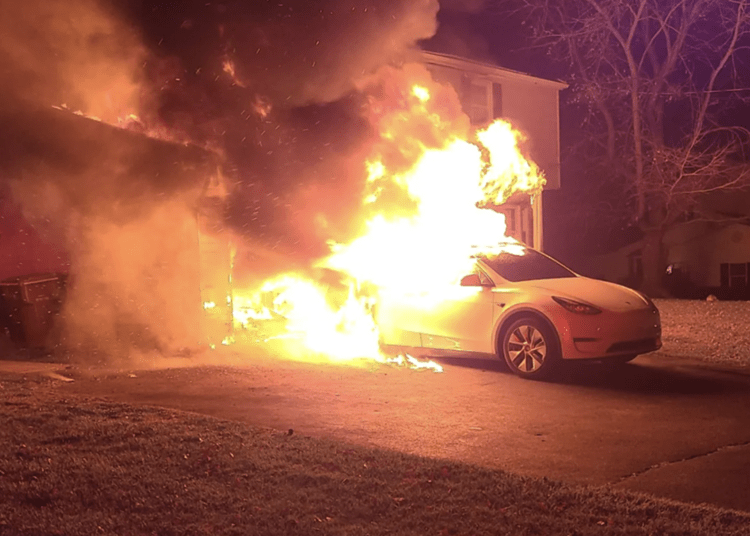 MONTGOMERY COUNTY, Pa. — Apparently going green can have its hazards as a Tesla electric car caught fire, and the flames spread to a nearby home in Pennsylvania Tuesday night. The source of ignition remains under investigation.

Firefighters said the rear of the automobile erupted in flames, which then jumped onto the attached garage of a Montgomery County home in Pennsylvania Tuesday night, Fox Business reported.

Fortunately, no one was injured in the blaze that was contained in less than a half hour.

The cause of the fire remains under investigation, and the total damage incurred by the inferno is unclear.

In another documented incident over the summer, a Tesla Model S Plaid burst into flames while being driven, according to a prior FOX Business report.

The automobile has a base-priced $129,900. The driver, who had the car only three days prior to the fire, escaped before it became engulfed in flames. The vehicle continued to move about 40 feet on its own.

According to Los Angeles attorney Mark Geragos, the unidentified driver had to “use force” to get the door open and escape, reportedly making the experience “harrowing” and “horrifying.”

The Model S Plaid was launched earlier this year. Tesla CEO Elon Musk has called it “faster than any Porsche, safer than any Volvo.”

Tesla did not respond to Fox Business’ request for comment prior to publication.