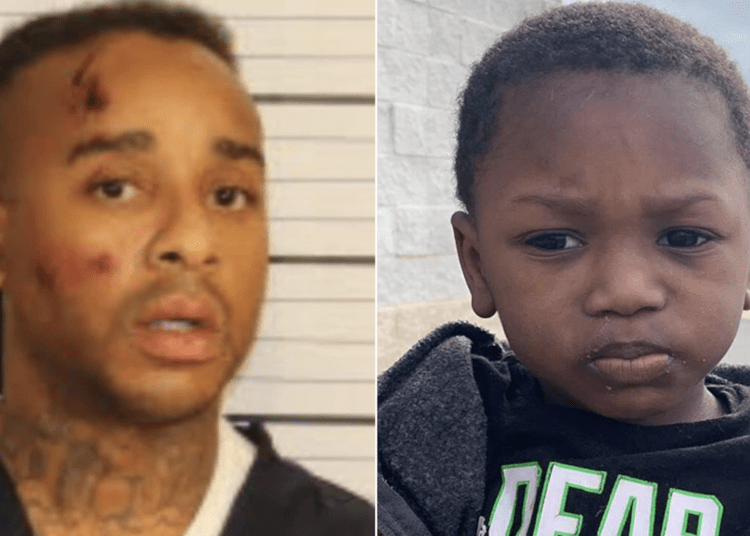 SOUTHAVEN, Miss. — Two individuals from Tennessee are facing federal kidnapping charges after a 2-year-old boy was abandoned at a Mississippi Goodwill drop-off.

Child welfare workers have taken custody of the boy who was left at the Southaven Goodwill on Monday morning with a change of clothes and a note that said, “child abandoned…no phone number for mom.”

The child wasn’t dressed properly for how cold it was, a Goodwill employee said, but told WREG he was in good spirits. He was laughing, playing with toys and eating food until police arrived. He was also able to hold up two fingers when asked how old he was.

In a complaint filed Thursday in Memphis Federal Court, the FBI accused Jeremy Fitzgerald, 34, and girlfriend Turlisca Turner, 29, of taking the child and driving him from Memphis to Mississippi, according to Fox.

The complaint said the boy’s mother Antoinette Smith told agents Fitzgerald took her child after she refused to work for him as a prostitute in Nashville.

She said she called Fitzgerald numerous times to get her son after he left her behind in Nashville, but he didn’t answer, according to the complaint.

Smith’s sister then called Fitzgerald and during the conversation, he demanded money for the boy’s return.

Police released this photo in the case of a boy, 2, abandoned at a Goodwill in Mississippi. (Southaven Police Department)

Turner was apprehended Monday wearing the same clothes as in surveillance video from the Goodwill, prosecutors said.

Police said this woman was being sought in the abandonment of a 2-year old boy at a Goodwill drop-off in Mississippi. (Southaven Police Department )

Fitzgerald was arrested after crashing the maroon vehicle that he and Turner were in as they drove away from the Goodwill after dropping off Sergio, they said. He was seen on video at the Goodwill wearing a mask and holding Sergio’s hand.

The boy wasn’t able to tell police his name after being abandoned.