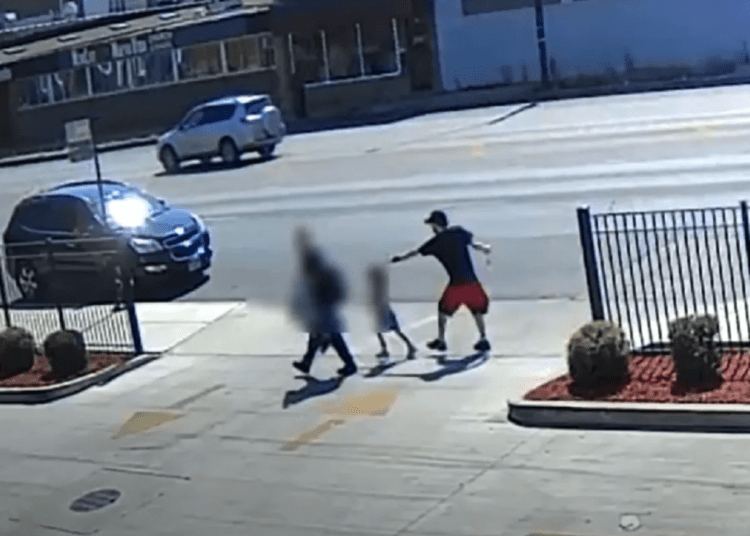 A suspect tried to snatch a girl from her mother Thursday in Chicago. (Chicago Police Department)

CHICAGO – Police in Chicago are looking for the male suspect who was captured on video trying to kidnap a 5-year-old girl. Authorities said the man offered the mother money for the child before trying to pull her away by the hair.

The crime occurred just before 12 p.m. Thursday as the mother and her daughter were walking on the sidewalk of West Fullerton Avenue near North Leclaire Avenue when the stranger began following them, the Chicago Police Department said Saturday.

The man initiated a conversation with the woman and offered to pay an unspecified amount of cash for the child, Fox News Digital reported.

When the mother refused, the suspect “attempted to grab/pull the juvenile by the hair towards him,” police said. Fortunately, the woman was able to maintain control of her daughter and they managed to safely get away.

Investigators described the suspect as being a male Hispanic, 20-25 years old, standing about 5-foot-6 to 5-foot-7, and weighing 150 to 160 pounds, with bright red hair and a thin beard. At the time of the attempted abduction, he was wearing a black t-shirt, a black hat and red shorts.

Police are asking that anyone with information related to the crime call the Area Five Detective Bureau at 312-746-6554.