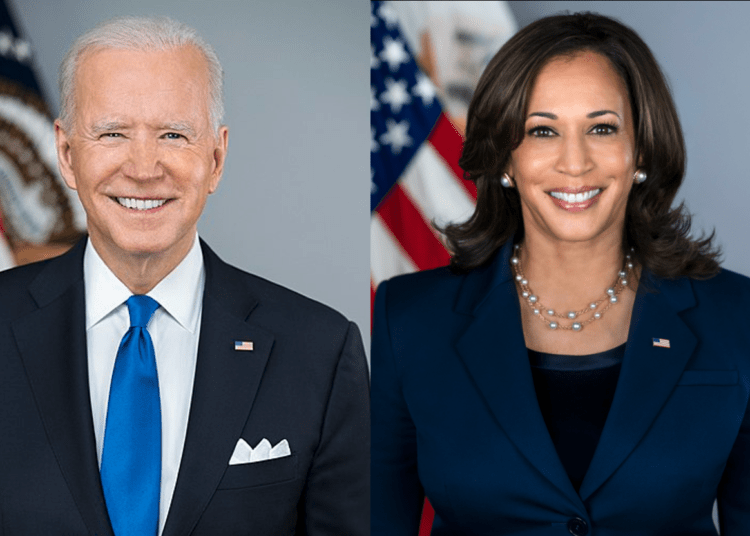 The administration that has been anything but friendly to law enforcement continued to demonstrate their ineptitude over the weekend.

You know the country is in trouble when the president responds, “I agree,” to a chant meant to disparage him, and the vice president says “Democracy” is the biggest security threat facing the nation.

President Biden got a visit from a Christmas troll Friday when a father participating in the annual White House NORAD Santa-tracking call used the phrase “Let’s Go Brandon.” The slang phrase has humorously become known as “F*** Joe Biden,” after a reporter falsely replaced the latter with the former in an effort to protect the president’s reputation during a live broadcast.

The Oregon father wished the president and first lady Jill Biden a merry Christmas before adding the anti-Biden phrase at the end of his family’s portion of the call, the New York Post reported.

“Merry Christmas and let’s go Brandon,” the father said as he signed off.

It was unclear from Biden’s reaction if he knew what the phrase meant. If he doesn’t, he is the only person in America to be in the dark about the disparaging verbiage, which is entirely possible given his apparent cognitive decline.

Although many people question Biden’s mental acuity, others are questioning Vice President Kamala Harris’s loyalty to the country after her latest ill-advised comments.

Harris was asked on CBS’s “Face The Nation” what is the biggest security challenge facing the United States. “Democracy,” the vice president answered in an apparent gaffe during an interview that aired Sunday, the Post Millennial reported.

In the aired segment, CBS News host Margaret Brennan asked the vice president: “What do you see is the biggest national security challenge confronting the US? What is the thing that worries you and keeps you up at night?” she questioned.

“Frankly, one of them is our democracy…” Harris said to Brennan. “I think no question in the minds of people who are foreign policy experts that the year 2021 is not the year 2000. You know, I think there’s so much about foreign and domestic policy that, for example, was guided and prioritized based on Sept 11, 2001.”

“And we are embarking on a new era where the threats to our nation take many forms. Including the threat of autocracies taking over and having outsized influence around the world,” Harris continued during the chat.

Later during the interview, Harris clarified the earlier comment, stating she meant to say there is a need to “fight for the integrity of our democracy.”

So, was it a Freudian slip, or does Harris really feel that way?

Since Democrats have said they’d like to do away with the electoral college, maybe this was not a mistake at all. They’d be happy to let all the Democrat-controlled big cities – currently being run into the ground – permanently elect the president by a popular vote (Democracy), doing away with the state’s balance of power.

Perhaps someone can also let her know the United States is a Constitutional Republic, a fact she should be aware of as vice president. … Words matter!