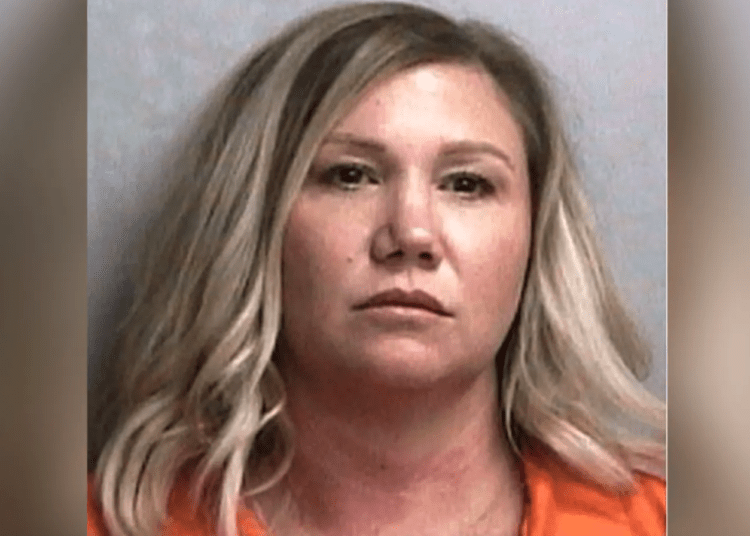 TAYLOR COUNTY, Fla. – A teacher at a private school in Florida has been arrested after reportedly soliciting to have sex with one of her students and trying to sneak him into her home while her husband was away, according to law enforcement authorities.

Julie Hoover, 38, is a math teacher at Point of Grace Christian School in Perry, Florida. She was allegedly sexting with the student before it was discovered by the teen’s mother. She was charged Wednesday with one count of an authority figure soliciting or engaging in sex with a student after allegedly exchanging explicit messages with an 18-year-old high school senior, according to police records obtained by WCTV.

On June 2 the student’s mother notified police after she found the text messages between Hoover and the teenager that were exchanged earlier in the year.

The mother told deputies that Hoover was arranging for her son to go to the woman’s home while her husband was at work, according to an arrest report.

Investigators say the text messages took place in March and April 2022. At the time of the texting, the student was enrolled in more than one class where Hoover was the instructor.

Hoover was taken into custody on Wednesday, June 8. She was released the next day on a $15,000 bond, according to the news outlet

The educator is a graduate of St. Leo University and has been employed as a math teacher at the school since 2018, according to a LinkedIn profile, the New York Post reported.

At the time of publication, the school has not responded to media requests for comment.