A Video Surfaced Of The 'At Home' Jab 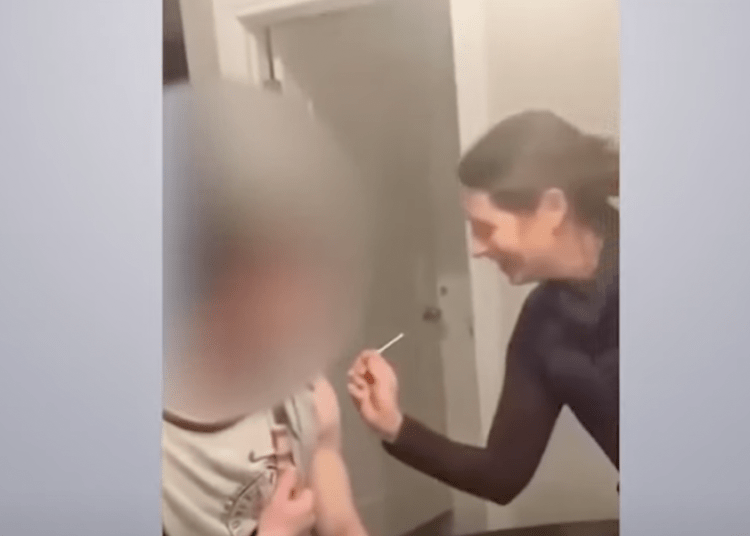 New York police have arrested a Long Island school teacher accused of forcefully injecting a student with a COVID-19 vaccine on New Year’s Eve. Laura Russo, 54, was arrested last Friday according to a statement by Nassau County police.

Russo was released from jail and has a court appearance on January 21, according to The Hill.

According to the police report, Russo, who is not a registered medical professional, injected the vaccine into a 17-year-old male at her residence when she was not authorized by the parent of the teenager to administer it.

The youth went home and told his mother he was vaccinated, who then notified police.

“There you go, at home vaccine”. Police have arrested a Long Island mother for illegally giving a 17 year old boy a shot of Covid vaccine in her home. And there’s video….Only on @NBCNewYork #nbc4ny pic.twitter.com/KpG5vAQaDT

Russo is a biology teacher with Herricks Public Schools in New Hyde Park. She was removed from the classroom and reassigned according to the school district.

Russo’s son is friends with the teenager, and when the two were at Russo’s home, the teenager reported that his mother didn’t want him to get vaccinated just yet, so Russo gave it to him, police officials told NBC New York.

It’s unclear where Russo got the vaccine.