The suspect is also dead 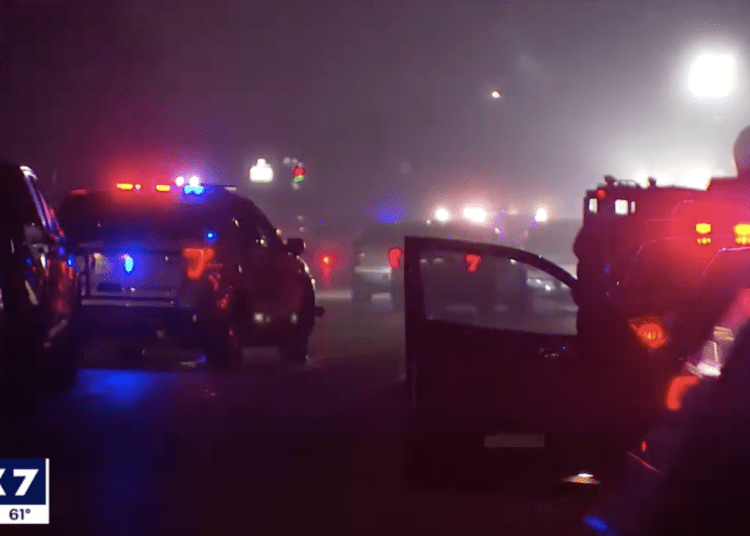 SAN MARCOS. Texas – A gunman shot and killed a San Marcos police officer and wounded two others Saturday after they responded to a call at an apartment complex, authorities said. The gunman is also dead.

At approximately 6:05 p.m. police responded to a 911 call for a domestic disturbance at Twin Lakes Villas Apartments at 2917 Hunter Road, Fox 7 reported.

According to the city, during their response, the officers were ambushed by the suspect with a rifle.

One of the officers was fatally shot. Another two officers have also been injured and were transported to Ascension Seton Hays in Kyle where they have undergone surgery. Their condition is not immediately known.

Police report that the suspect has died from an apparent self-inflicted gunshot wound.

“We are heartbroken to make this announcement,” said Interim Police Chief Bob Klett. “We ask for your support for our fellow officers and their families as we try to cope with yet another tragic event in our San Marcos Police family”

Governor Greg Abbott tweeted a statement about the shooting, saying in part ” Our hearts are heavy tonight with the report that San Marcos Police Officers were shot in the line of duty.”

The governor also released this statement regarding the incident:

“Tonight’s shooting in San Marcos is a somber reminder of the service and sacrifice our brave men and women in law enforcement make every day to keep us safe. I am grateful for the swift action of the San Marcos Police Department in containing the threat and minimizing the loss of life. I ask all Texans to join Cecilia and me in praying for the officer killed and for those injured, and for the continued safety of all law enforcement officers who protect our communities.”

During Sunday’s press conference, Chief Klett identified Justin Putnam as the officer who was killed at the scene. Putnam, a Texas State University graduate, was 31 and had been with SMPD for five and a half years, KXAN reported.

“We lost a fine young man, a faithful officer and friend last night,” Klett told the media. “He understood what it took to police a wonderfully diverse community like San Marcos.”

During the press conference, Klett also confirmed that Officers Justin Mueller and Franco Stewart are in a critical but stable condition.