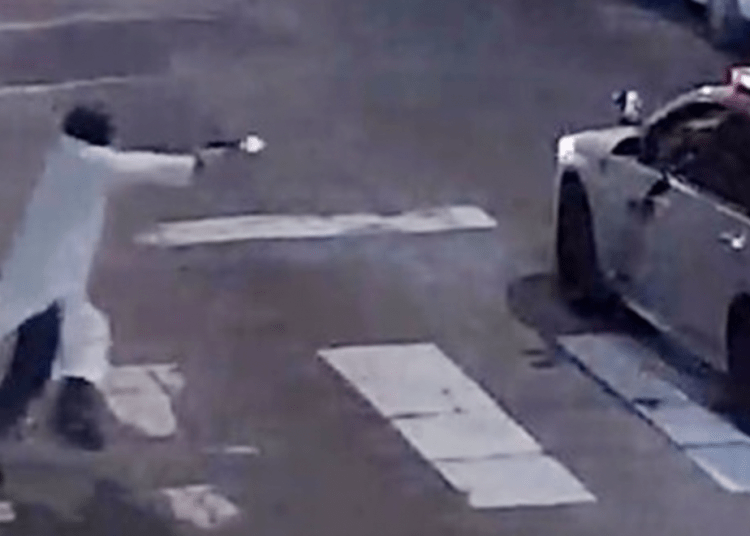 So far, 128 police officers have been shot in 2021. It’s a significant increase from last year. And it includes nearly twice as many ambush attacks on law enforcement according to the President of the Fraternal Order of Police, Patrick Yoes.

The union told Fox News that the increase in violence is directly tied to the “defund the police” movement and negative rhetoric thrown at the profession. “I think that the present climate that we see throughout the country right now and the dehumanization of law enforcement is certainly, I think, having some impact on the aggression towards law enforcement,” Yoes said.

As May came to an end, 128 police officers were shot in America this year, including 26 who were killed by gunfire, the union reports. That’s an increase from the previous two years. 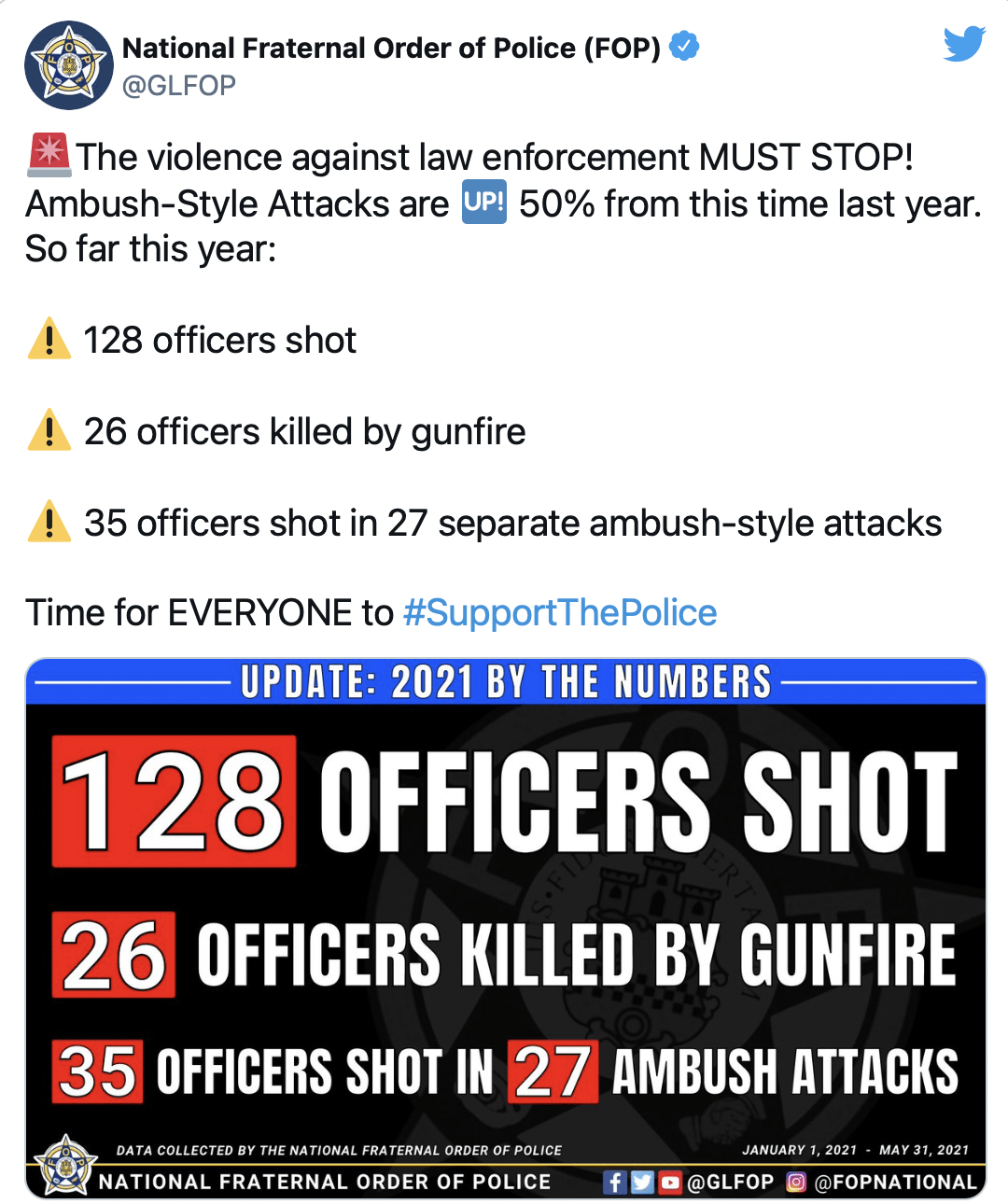 Ambush attacks against law enforcement have particularly risen with a 50% increase since last year. There have been 27 ambush attacks in 2021, which is defined as a surprise, covert attack on a police officer.

Major Travis Yates leads a seminar designed to thwart these attacks called “Seconds 2 Survive” and he has not only noticed the increase but the lack of training given to officers in this area.

“A decade ago most cops would come up to me after a course and thank me for the reminder but today, many have not even been exposed to the information that can give them the seconds needed to win these attacks,” Yates told us.

“With the attacks on the rise combined with the indoctrination of hate being espoused to others, I’m certainly concerned when I see a lack of training in this area,” Yates said.

Yes agrees that “there’s definitely a lot more aggression towards law enforcement than there was in previous years.”