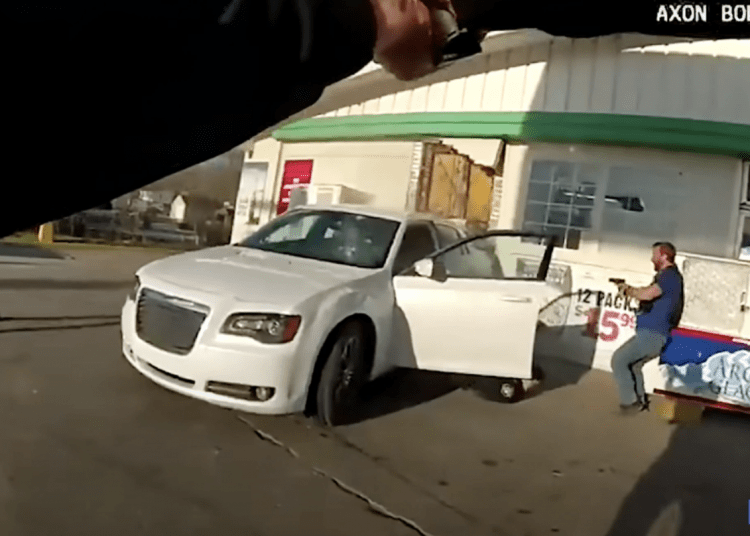 ROCK ISLAND, Ill. — Police in Illinois fatally shot a man who stole a car at a gas station and tried to drive away — slamming the vehicle into reverse and dragging officers with him, police bodycam video shows.

The footage, released Wednesday, shows DeShawn Tatum, 25, first running through an alley in Rock Island before stealing a bystander’s car at a Chicken Shack gas station and dragging two officers as he crashes into a building on April 1. 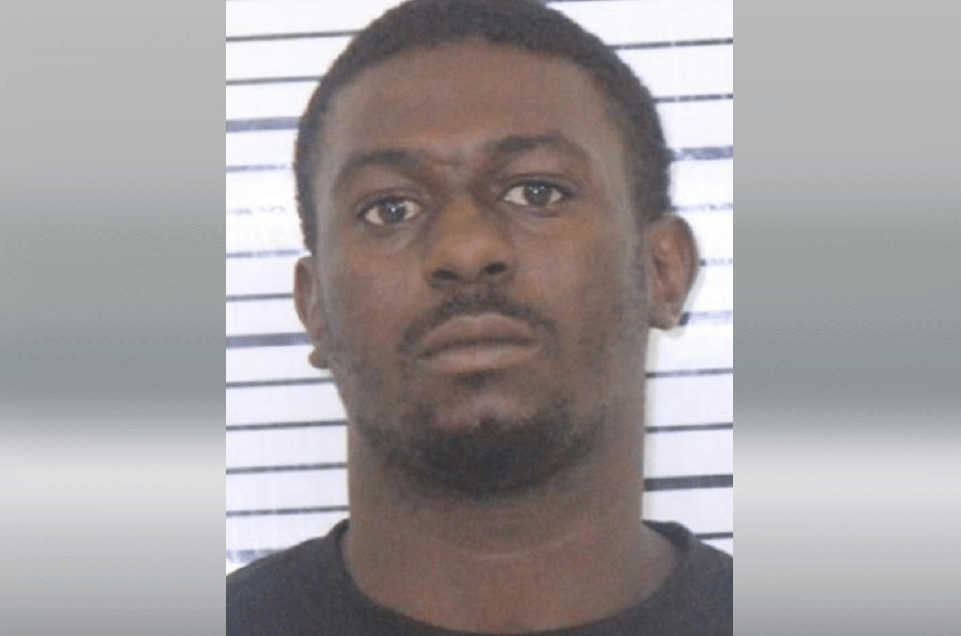 “Get out of the f***ing car!” one officer yells just before Tatum slams into reverse. The officers then open fire as one officer opens the driver’s door as Tatum tries to drive off, according to the footage.

Tatum tries to grab one officer’s weapon as the car is in reverse and the weapon fires, shattering the passenger’s window and grazing another officer’s head, according to the Quad City Times.

Deshawn Tatum later died at a hospital from gunshot wounds to the head and chest. (Rock Island Police Department)

Tatum, who had outstanding felony warrants, had been earlier spotted running through a nearby cemetery and ignored commands to stop and to “drop the gun” he had been carrying, New York Post reported.

One officer also picked up a bag Tatum had dropped during the foot chase. The backpack had a Glock 9mm magazine, 9mm Luger cartridges, other ammo, suspected marijuana and unidentified pills, according to a report by State’s Attorney Dora Villarreal.

A loaded Glock 9mm with an extended magazine dropped by Tatum during the foot chase was recovered by officers, Villarreal said.

Tatum later died at a hospital from gunshot wounds to the head and chest, the Quad City Times reported.

The four officers involved in the shooting, who were put on administrative leave following the incident, have been cleared, Villarreal said.

“Mr. Tatum was in a vehicle, a weapon capable of causing great bodily harm or death,” she wrote. “The fact that he just dragged several officers to the ground while grabbing the gun of another suggested that he intended to use it in a deadly manner and that he may have been planning to use it.”