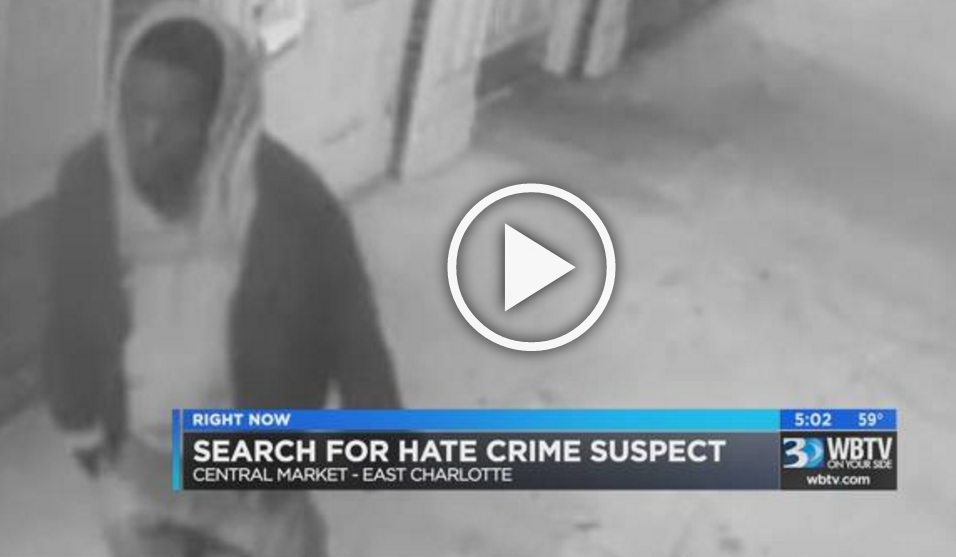 A hate crime directed at an Asian who legally immigrated here is being investigated by police in Charlotte, North Carolina.

Charlotte-Mecklenburg police are asking for assistance in identifying a man who broke a front door window at a Nepali Indian grocery store late Thursday night and set a small fire.

When police and firefighters arrived, they discovered something else the arsonist left behind.

“A note was also left at the scene near the door that stated the suspect did not want any refugee business owners and that they would torture the owner if they did not leave and go back to where they came from,” CMPD said, according to local CBS affiliate WBTV-3 News. “The suspect signed the letter ‘White America.’”

But it’s clear from surveillance footage taken at the scene that perpetrator is African-American so it is not clear why he signed it “White America.”

CMPD describe the suspect as a black male, approximately 5’8″ and 200 pounds, with a short afro and goatee. He was wearing a gray hoodie under a black coat, light jeans and black shoes at the time of the incident.