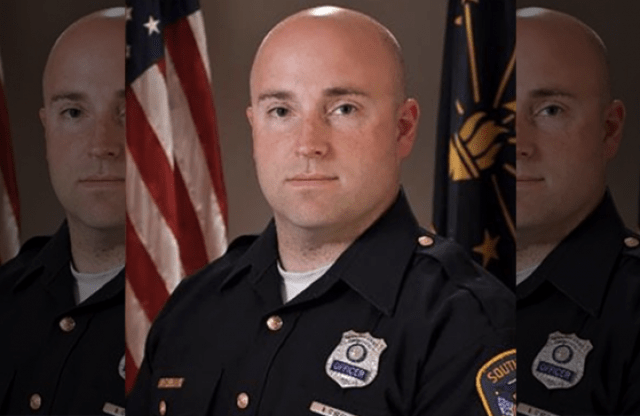 Authorities said Eric Logan advanced on O’Neill, 53, with a knife on June 16. As a result, the sergeant opened fire to stop the threat and the suspect died.

The program was intended to help repair frayed relations between the city’s police department and minorities, yet O’Neill didn’t have his camera activated and the incident was not recorded.

The fatal shooting and its aftermath rekindled South Bend’s racial tensions for Buttigieg, who had already faced criticism for demoting the city’s first black police chief. He canceled presidential fundraisers and policy roll-outs to head back to South Bend — and was heckled by angry residents when he got there.

However, his decisions further exacerbated tension as the local FOP accused the mayor of creating divisions.

“For Mayor and Presidential Candidate Pete Buttigieg to make disparaging remarks such as ‘all police work and all of American life takes place in the shadow of racism’ is divisive,” wrote the Executive Board of the Fraternal Order of Police Lodge No. 36 in an open letter shared on the South Bend FOP’s Facebook page.

“Mayor Buttigieg’s comments and actions are driving a wedge between law enforcement officers and the community they took an oath to serve.”

Mills said that O’Neill is the subject of a special prosecutor investigation, a civil rights lawsuit, and possible department discipline over the use of deadly force — “fights” that are “just too much for Sgt. O’Neill and his family to undertake right now,” Mills said.

“Resigning will allow him to focus on these challenges, as well as assist his wife with their three children, one of whom is a newborn,” Mills added.

Mills said he was confident that an investigation into the shooting will determine O’Neill actions were justified.