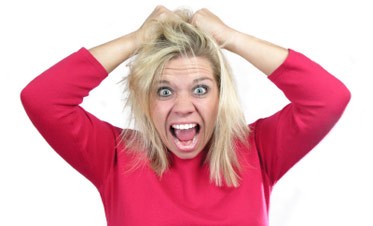 Take a step back into the 1990s. It s your night off. Working the vampire shift, you really didn t get a lot of sleep, and you spent more than a handful of nights with your feet propped up on the coffee table, your favorite beverage in one hand and the TV remote in the other. Invariably, your channel surfing came across the shorthaired blond in the fitness infomercial yelling, Stop the insanity!

Now, I have no idea whether her diet training and ideology were valid, but I sure admired her enthusiasm. So I m going to see if I can borrow her zeal and apply it to the law enforcement use of force. Simultaneously, I’d like to encourage you to assist in crushing a common insanity that continues to permeate society.

The insanity I’m referring to belongs to the general public, the politicians and, in some cases, police administrators, in their unrealistic expectations of antiseptic, injury-free confrontations with violent offenders. Although control without injury remains a noble and worthwhile goal, it s probably never going to be reached in my lifetime. Until it s achieved, not only do we need to stop adding fuel to the fire, the police product industry needs to do the same.

Remember when Oleoresin Capsicum spray first hit the market? It was heralded by some (usually, the people that were selling it) as the absolute solution to all our defensive tactics needs, and it would never harm anyone. But shortly after its introduction, there were some very bitter failures of OC to stop attackers, and some officers who over-depended on it were injured or killed. Lo and behold, there were also a few suspects who died after being sprayed with this wonder product. Were they actually killed by it? I don’t know. But the mainstream media sure made it sound that way.

Pretty much simultaneous with the newer chemical/OC products, the wonder control gadgets began to appear. Some were hooked shaped. Others were batons with exotic configurations that were alleged to immediately take control, but cause no injury to the violent suspect.The problem: Most of these gadgets don’t work for the average line officer. Now theymight work for the demon-dog-ninja-warrior-black-belt who invented them. But the fact remains, and is continually ignored, that most patrol officers don t have multiple black belts in martial arts. Departments really can t afford the necessary training time it would take to train to proficiency with the ninja-cop-fu gadgets.The bottom line: Most officers can’t effectively utilize them, even if they would work.

The electrical-based control tools were the next generation of products that would stop all evil in its tracks and never harm anyone. But again, there have been failures to incapacitate, and a few suspects have died after exposure. Are these deaths attributable to the control tools? (I’m not a coroner, don’t play one on TV.) But it’s my belief that these deaths are caused by combination of factors which usually include illegal drugs, pre-existing health conditions and over-exertion in fighting with law enforcement. It’s also my belief the current electric control tools are the safest option for all involved.

But my point is this. It s really not helping law enforcement for anyone to say that any weapon or self-defense technique won’t result in injury when utilized in a violent conflict. When that s done, it contributes to the unrealistic expectation of injury-free confrontations. When two objects violently collide, common sense dictates that there s probably going to be some level of physical damage. Even if we did have theStar Trek Phaser on stun, wouldn’t it be reasonable to expect that some people would be injured, and others might even die, when they fell to the ground while unconscious?

In a physical confrontation, there s always a possibility of injury. We (as in, everyone) must acknowledge this, and police administrators must educate the politicians and the courts about thefactthat resisting arrest and/or assaulting an officer is an extremely injury-prone activity. Does anyone watch boxing, mixed martial arts or even football and expect to never see blood, bruises or other injuries? As such, everyone should expect that when a person chooses to violently resist arrest or assault an officer, more likely than not, that unlawful choice will result in their own physical injury to one degree or another.

Simultaneously, police chiefs and politicians should tell the general populace: If you want to fight with law enforcement officers, do it in the courtroom, where no one will have to risk physical injury. If you choose to fight with officers on the street, you re going to lose and probably receive some speed bumps in the process. As an unidentified Web forum poster so eloquently stated,  “Play stupid games, win stupid prizes.”

If a violent confrontation ends with no injuries, which should always be the goal when possible, great. But it might not. Let the U.S. Supreme Court s reasonable force standard be your guide.

When anyone expresses the idea that violent conflicts with law enforcement should not result in injury, politely educate them about your real-world experience. The fact that a physical confrontation is likely to cause injuries, and sometimes death, is not a choice; it’s not an option; it’s just the way it is. It’s time we make a stand and stop the insanity that continues to taint society s expectations by educating the public to the reality of violent conflict.

If law enforcement officers and agencies won’t stand up and publicly acknowledge this ugly truth, how can we expect the public at large to ever comprehend it?