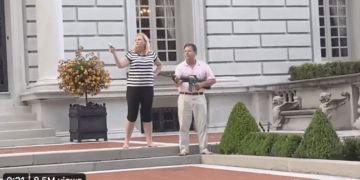 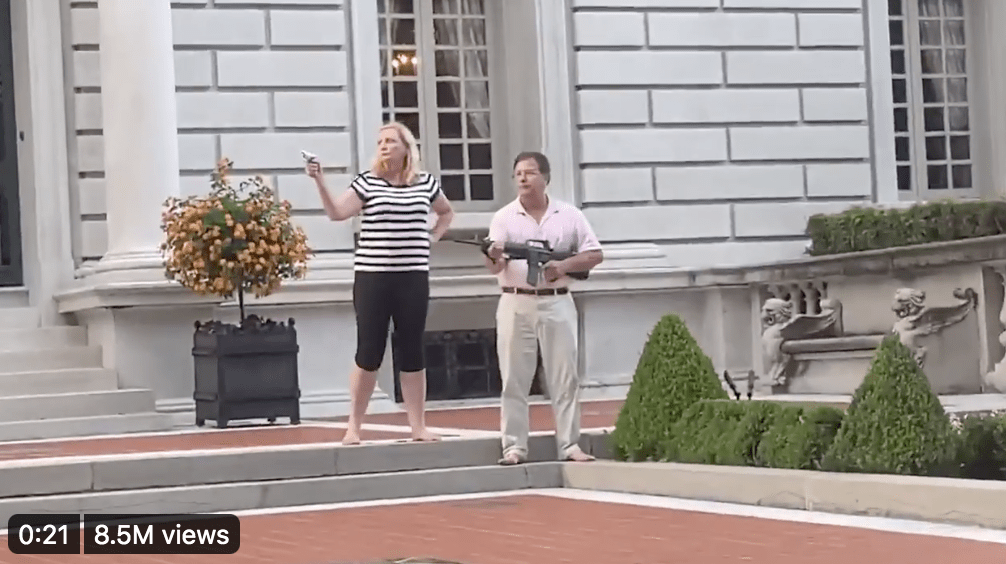 Armed St. Louis residents Mark and Patricia McCloskey protect their property as protesters chant and march to the mayor's home in June. (Twitter)

Gardner, the city’s top prosecutor, told The Associated Press that Mark and Patricia McCloskey also faced a misdemeanor charge of fourth-degree assault over the June 28 incident. “It is illegal to wave weapons in a threatening manner — that is unlawful in the city of St. Louis,” Gardner said.

However, the McCloskeys have said many times they were defending themselves, with tensions high in St. Louis and other cities over race and law enforcement. They said that the crowd of demonstrators broke an iron gate marked with “No Trespassing” and “Private Street” signs, and that some violently threatened them. Videos posted to social media seemed to support their position.