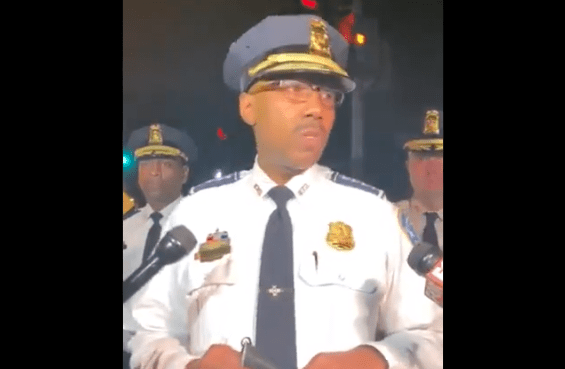 Chief Robert Conte asks for help after a special police officer was gunned down. (Twitter)

Contee said the female officer, who has yet to be identified, was found suffering from a gunshot wound after 8:30 p.m. in Southeast D.C.

Police told Fox News that she was unconscious and not breathing when officers arrived.

Chief Contee provides an update to the shooting that occurred in 3300 block of 10th Place. Southeast. pic.twitter.com/7GFGKpzXXG

“This is unfortunate,” Contee said during an evening press conference. “My heart goes out to the family to this special police officer.”

MPDC released very few details as they seek the suspect responsible for the homicide.

Police are offering up to a $25,000 reward for information that leads to an arrest and conviction in the officer’s death. Anyone with more information is asked to call 202-727-9099 or can text anonymously at 50411.