'The officer was actually, literally kidnapped, if you will, in the back seat of the vehicle while this guy is driving down two or three blocks,' chief says 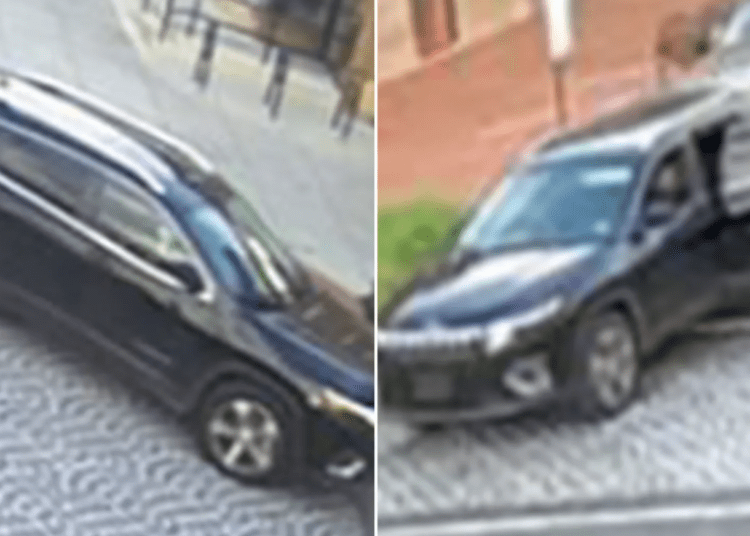 WASHINGTON — Police in Washington D.C. are investigating a Friday incident in which an officer shot a suspect after the perpetrator attempted to flee the scene with the officer in the back seat of the getaway car, according to authorities.

After police located Robinson, 35, one of the officers felt a handgun that was concealed in the suspect’s waistband. Consequently, a physical encounter with the non-compliant suspect occurred, WJLA reported.

According to the MPD press statement, a “struggle ensued and the suspect was able to flee from the officers” and get into his car.

MPD announces an arrest in a Felony Assault on a Police Officer While Armed and Kidnapping offense that occurred 10/22/21 in the 500 blk of Kennedy St NW.

As the police tried to extract Robinson from his automobile, the resisting suspect began to drive away. Two officers “were thrown to the ground” as the suspect sped away, but one officer remained inside Robinson’s vehicle.

The officer inside the car racing away from the scene “voiced numerous commands for the suspect to stop the vehicle and the suspect did not comply,” MPD said in their press release.

At that point, the officer shot the suspect and managed to get out of the fleeing vehicle. However, it did not stop the suspect as he continued to drive away. Nevertheless, the man eventually sought treatment at a local hospital for his injuries, Fox News reported.

“I think that it just really speaks to the brazenness of this individual to chase somebody down the street with a gun in broad daylight,” MPD Chief Robert Conte told reporters after the incident, according to WJLA.

Conte added: “The officer was actually, literally kidnapped, if you will, in the back seat of the vehicle while this guy is driving down two or three blocks from the initial point of the stop.”

Both officers who were thrown to the ground were transported to a nearby hospital, and the third officer who shot the suspect suffered minor injuries, MPD said.

Robinson is charged with several crimes, including assault of a police officer while armed, kidnapping while armed, and illegal possession of a firearm.