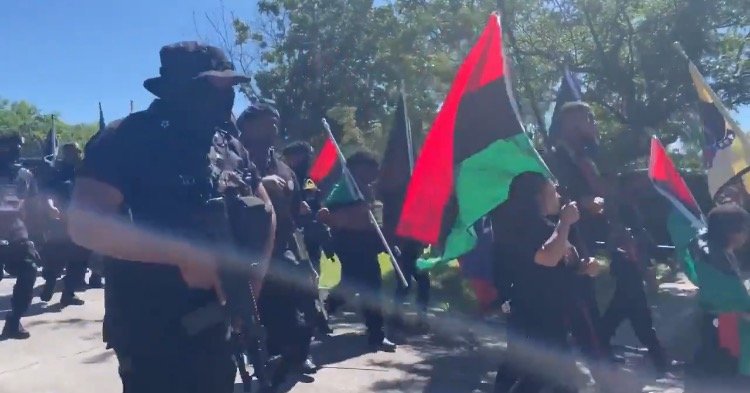 TULSA, Okla. — On the 100th Anniversary of the Tulsa Race Massacre anniversary, black activists from the New Black Panther Party marched through Downtown Tulsa. The event was billed as a “Second Amendment March for Reparations.“

A news release from the organizers read: “The struggle for Reparations must be escalated… We must fight on every front to achieve redress and Reparations for the atrocities committed upon Tulsa Massacre descendants; and we must intensify the fight to achieve Reparations for all 40-million Blacks still grossly affected by racism, inequality, wealth disparity, police brutality and the like. Tulsa will mark a new beginning in the upgraded fight for Reparations for Black people.”

In what appeared to be a rally prior to the march, an unnamed individual gave a speech saying “The time is coming… Kill everything white in sight.”

KTLU, a Tulsa local news station reported that the event was organized by groups and private gun owners including:

However, none of these groups or the person who made the speech readily explained how encouraging others to “Kill everything white in sight” would advance civility and Second Amendment rights.

“We will kill everything White in sight.” pic.twitter.com/UeKZuovjxA