So You Want To Be A Police Officer In The Black Community? 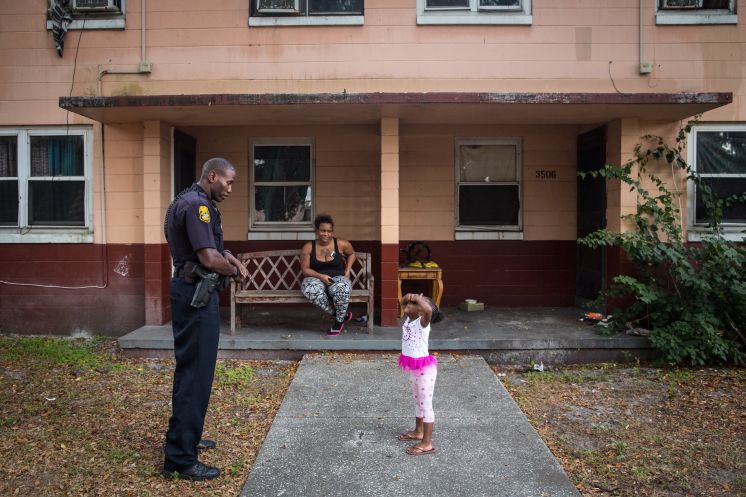 A couple of days ago, a young black man in-boxed me on Facebook stating that he wanted to become a police officer in the black community to make a change in the world but especially with in the community that he is from. He further relayed that he was afraid and he asked for my advice on how to tackle his new endeavor.

The following is what I told him. It probably could help you to:

The best thing I can tell you is this: What you are about to do is a great thing in terms of being a police officer in our communities. Grow thick skin. You’re going to be called more names especially by those who in black communities who ask for more black officers, but when you become one, you’re the devil now, at least according to those you are supposed to be arresting.

Remember this: “Uncle Tom” is a name you will be called and if you read the original story, Uncle Tom was a hero. They are really referring to Sambo, but could be too uneducated to know the difference. A coon refers to a raccoon which is a wild and ravaging animal, which usually refers to the person who more likely than not called you that name. Unless you look like said animal, don’t get offended.

Never be afraid of a lawsuit. But be afraid of a lawsuit to the point where it makes you think about what you’re doing before you do it. If you haven’t been sued by at least one person in your career, there is a question as to whether or not you’ve done your job correctly. People will sue you over almost anything these days. That should not affect whether or not you do your job. Officers have either died or have been severely injured with career ending injuries for failing to act when they should have.

Hesitation is the mother of death.

But, so too is the lack of knowledge when faced with a situation of what to do, leading me to my next point:  Education.

If you haven’t already, enroll in more criminal justice courses at your college or university of your choice. It’ll help strengthen the foundation beyond the police academy. It’ll help you understand a lot of the social justice issues that plague our communities so when people say “f**k the police” to you as you are arriving on the scene or passing by, you will be better able to understand that it is not personally directed toward you. You haven’t earned that statement, for if you had, the comment would have been, “F**k you, Officer (Insert your Last Name Here)!” However, it is directed at you because of the institution you represent. Please understand that it is up to you to define who you are in that uniform and with in the department you serve. And then once you define that, it is up to you to show that you are different from what others may believe you to be, if that belief is initially perceived as negative. As a police officer, you can be the change agent or you could perpetuate the stereotype and confirm someone’s negative beliefs.

Never stop training and never stop learning to be ever more proficient with your firearm and other tactics. Also, learn to be an effective negotiator. The one thing I did in college was to have philosophy as my minor. I took speaking and communication courses. In order for you to be an effective police officer, you need to be just as surgical with your mouth and your mind as well as with your firearm. Your firearm is not the only tool. You are the primary tool of enforcement. Enforcement does not always have to be an arrest. Enforcement could be a lot of different things. You have a lot of discretion as a police officer. Use it wisely. It could save yourself and the department a huge headache. Beware of veteran officers who will tell you that college does not make you a good police officer. In my opinion, those are just lazy and settled officers who believe that the Academy training alone was enough. Laziness is one thing you will find that plagues some police departments and some officers. College alone does not make you a better police officer. But it along with a combination of on-the-job experience will make you a better police officer than one who is uneducated.

Never be afraid to fail.

Failure is a part of learning. But, some failures should not happen because some failures could be mitigated by training. Do not depend on your department to train you, even though you should. You must seek extra training and at times it will be at your own expense but it’ll pay off in the long run.

Laws change. People change… some, if not most of the time. Better believe this: you will change. Sometimes things may appear to be routine. They are in someways, but don’t allow that to make you think that every situation is routine. Things could change in a matter of milliseconds.

Drop the ball and you’ll be dropped.

Always keep your head on a swivel, meaning always watch around you. Develop ways to be a better observer. Attacks will not always happen directly in front of you but on your blindside. It’s up to you not to be blind.

Speaking of 360°, I read a book… and listened to the audiobook (I admit sometimes I can get lazy. LOL) called the 360° leader by John C Maxwell. I suggest that you read that book. It’ll tell you how to be a better leader. You don’t have to be in a position of leadership such as a sergeant or a lieutenant to be a leader. Even as a rank-and-file police officer, you are a leader. And that is where leadership starts.

Remember this statement: Training brings knowledge. Knowledge practiced brings confidence. Confidence misplaced brings over confidence. Overconfidence brings mistakes. And some mistakes can be fatal. Never think it can’t happen to you because it can. Some people through their experience and the fact that things have not happened to them, become very overconfident which leads to them being unprepared when something does happen. Don’t be that officer.

Why do I say be the lion? Lions are still the kings of the jungle and their domains. Do they get killed, yes. But, they still managed to be among the top predators in the animal kingdom while being in the minority, a status to which black people are referred as: minorities. I don’t know if you noticed, but lions usually go after prey that is faster and/or larger than them and lions are usually successful at doing this. Why? Because it operates within its weaknesses. The lion camouflages itself within its surroundings so as to conform to his surroundings to achieve a goal. From military special forces groups/operators to unfortunately even terrorists, anyone or group that has ever been successful knows and operates within this concept.

Secondly, the lion’s roar is loud and distinct. But the lion knows not only how, but when to use it. What’s the purpose of conformity if you talk all the time? In silence, there is strength. Just like in playing chess, it is a game of silence. If you are talking all the time, your mind is operating to help you form logical patterns of speech within the context of the conversation. That is the only thought process that is taking place. New thought cannot develop when you’re continuously talking.

The one thing that I had to learn through experience is when to speak and went to just shut up. I’m still trying to master this one but at least now when I speak, for the most part, it is usually passing on knowledge from what I’ve learned through failure. Also, the concept of teamwork is something that is absent from some police departments. But that is what makes departments successful and that is what’s going to make you successful because that is what makes lions successful: they work in pairs and teams. Be the lion.

You have a better chance of gaining compliance from most people when you treat them with respect first. You cannot expect that all of the time because you wear a uniform. People confuse this when they don’t know the difference between what they are and who they are. What you are is what you were born as, man, woman, white, black, etc. Who you are is what you define yourself as and what you show people by virtue of your actions and character. Treat people with respect and you will show who you are which will lead to respect being given toward you. You won’t always master this because sometimes people will take you there. That’s a part of that failure in learning.

Be firm. Enough said in that. Be fair and try to use empathy by placing yourself in their shoes if the situation allows for that kind of discretion. Be friendly. But don’t confuse being friendly and being a friend. You can still be friendly in doing your job without being a friend. The title friend is something that someone has to earn. Being friendly is just how you treat people. I can still be friendly when arresting people because it’s never personal, just business.

A famous person, unfortunately now under scrutiny, has said one of the best quotes that I live by every day, “I don’t know the key to success, but the key failures try to please everybody.” And be consistent. What you’re going to do for one, if the situation fits, you are probably going to have to do that for a lot of people. But not every situation is the same. So there is some variance in this last one. But be mindful not to be too consistent because then people can figure out your next move and try to anticipate you. There’s that learning thing again. LOL.

Best of luck to you. And I’m still here for advice.”

Michael Brown is the President and Principal Instructor of Security Training Concepts in Chicago. He is a former Criminal Justice adjunct professor and Illinois law enforcement officer having taught various collegiate level and use-of-force courses ranging from firearms, Taser, and defensive tactics to introductory criminal justice courses. Mr. Brown has a Master of Science Degree in Criminal Justice and is a member of both the International Law Enforcement Educators and Trainers Association and the Academy of Criminal Justice Sciences. He can be reached at [email protected]
Share and speak up for justice, law & order...
Tags: exclusive