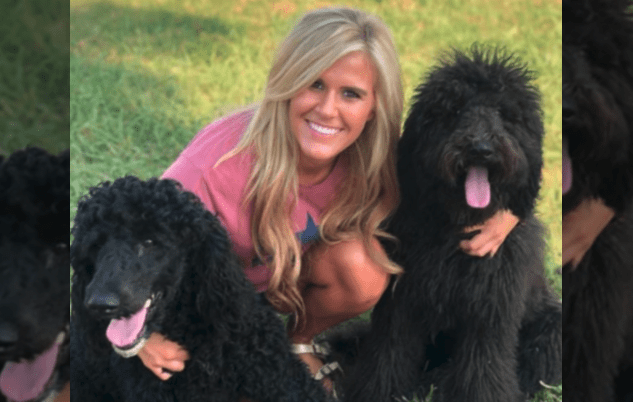 NEWPORT, Ark. — An Arkansas nurse who disappeared while jogging last week was kidnapped, raped, murdered and buried by a local farmer, police said during a court hearing on Monday, according to multiple reports.

Sydney Sutherland, 25, was reported missing last Wednesday after she failed to return home from an afternoon jog. Her body was found Friday not far from where she lived, following a search involving police and volunteers, Fox 16 reported.

Quake Lewellyn, a 28-year-old farmer, was arrested on suspicion of capital murder soon after the body of Sutherland was discovered, Law Officer reported.

On Monday, Lewellyn walked up the steps to the Jackson County Courthouse wearing an orange jumpsuit and a bulletproof vest for his first court appearance, which was a probable cause hearing.

He reportedly confessed to her murder when investigators questioned him about Sutherland’s disappearance. Her body was identified by authorities over the weekend, according to the station.

A special agent with the Arkansas State Police said Lewellyn was traveling westbound on County Road 41 when he saw Sutherland walking by. Lewellyn then turned around before he abducted her, put her in the back of his pickup truck and sexually assaulted her, Fox 16 reported.

Sutherland’s family was present at the courthouse during the brief hearing that failed to address how the nurse died. The judge, however, did find cause to charge Lewellyn, who was ordered to be held without bond until his arraignment on Oct. 1.

Jackson County Sheriff David Lucas had said during an earlier press conference that Lewellyn knew the victim, although their relationship was unclear. He added the case was especially difficult because Sutherland went to school with his daughters, according to Fox.

“It’s taken a toll, it really has. Just because I know the people of this county. I know this family personally. I know this young lady personally,” he told Jonesboro’s KAIT. “I’ve known her and watched her grow up. It hits me personally. And that’s another reason why we want to work so hard and try to find her.”