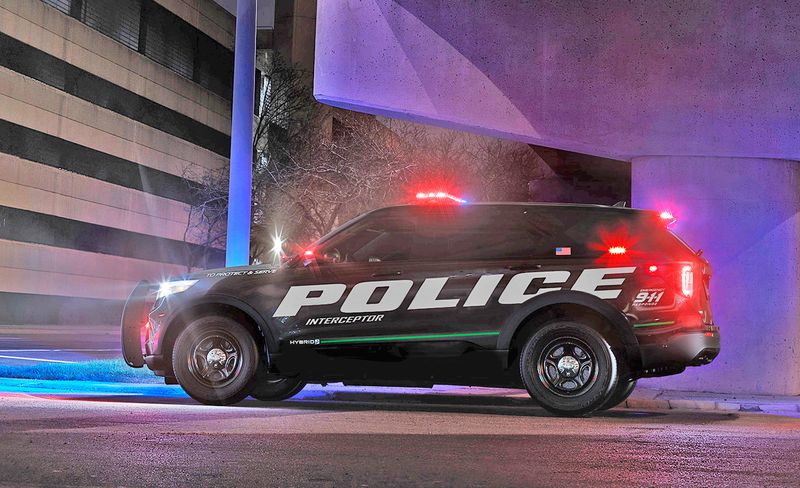 MIAMI — The wife of a veteran Miami officer died after getting trapped inside his police SUV as the temperature outside soared into the 90s, according to a report Monday.

Clara Paulino’s fingerprints were found all over the interior of the Ford Explorer following the horrifying incident outside their Miami Shores home Friday, the Miami Herald reported.

“Clearly, she was panicked and trying to get out,” a law-enforcement source told the news organization.

Paulino, 56, apparently climbed into the back seat while looking for something, then got trapped there by the door’s latching mechanism, which prevents it from being opened from the inside.

Paulino wasn’t carrying a cellphone and a safety partition prevented her from reaching over the front seat to honk the horn for help, according to the Herald.

Another veteran officer said, “It’s designed that way to prevent criminals from escaping.”

Paulino’s husband, Aristides Paulino, who’s been a Miami officer for 25 years, was asleep in their home following a midnight shift when the tragedy unfolded Friday afternoon, according to the Herald.

Aristides, 58, and the couple’s son found Clara’s body around 5:30 p.m. — as many as four-and-a-half hours after she got trapped, the paper said.

It’s unclear why she went into the SUV, which her husband left unlocked in their driveway when he returned home and went straight to bed late Friday morning, sources told the Herald.

Investigators were treating Clara’s death as an accident but it remained under investigation by the Miami-Dade Police Department’s Homicide Bureau.

“There’s still a lot of work to be done. But right now, it’s an unclassified death.”

The Miami-Dade Medical Examiner’s Office is still investigating, and has not ruled on a cause or manner of death. Paulino, according to a law enforcement source, had a history of medical problems that may have contributed to her death inside the SUV.

Their son, also named Aristides Paulino, said Monday that the family was in too much pain to discuss the death.

“We haven’t even buried her yet and it’s a lot of pain,” he said.