She has data provided by the 305th U.S. Military Intelligence Battalion 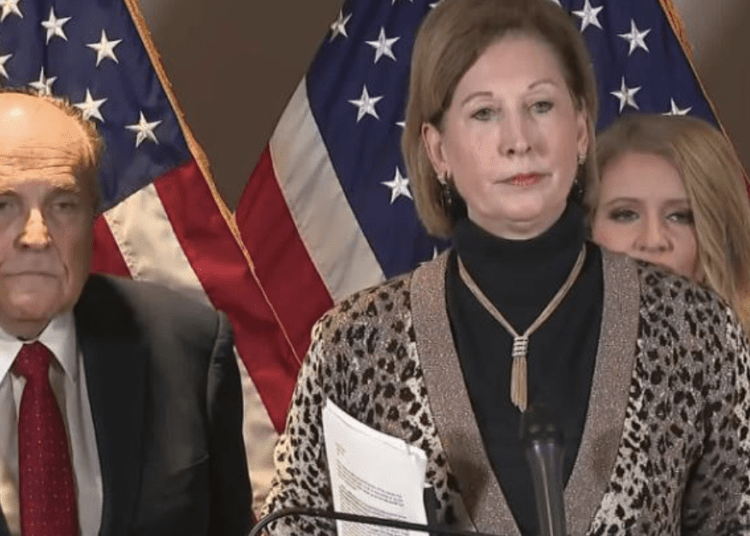 Sidney Powell’s lawsuit in Georgia reveals Iran and China appear to have tampered with U.S. elections in order to help Joe Biden.

The suit found Iran and China were monitoring and manipulating U.S. elections to get their desired outcome this year. The attorney cited the data provided by the 305th U.S. Military Intelligence Battalion.

Powell’s lawsuit is investigating the connections between Iran and Biden, a relationship that potentially grew during his time as vice president.

Journalist Heshmat Alavi recently shared a thread of reports on Twitter, which showcase the potential relationship between Iran and U.S. politics.

4)
In this thread, I will be presenting how Iran:

-has infiltrated Congressional offices through its lobbyists

According to reports, a pro-Tehran official allegedly visited the White House 33 times to lobby for Iranian interests with former president Barack Obama.

“Trita Parsi, a pro-Iran advocate long accused of hiding his ties to the Iranian government, met with Obama administration officials some 33 times…”https://t.co/g5zM4sEF2w

The tweets also point out recent alliances made at the start of 2020 when Sen. Bernie Sanders (D-Vt.) and Sen. Elizabeth Warren (D-Mass.) hosted a pro-Tehran lobby group.

22)
NIAC has also established ties with senior figures in Washington.

“Along with Reps. Ro Khanna (D., Calif.) and Barbara Lee (D., Calif.), Sanders and Warren are scheduled to speak Wednesday evening with members of NIAC.”https://t.co/hVKX2IM3E8

Powell’s argument sounds very similar to recent reports that came from the Director of National Intelligence, John Ratcliffe. In a briefing before the election, Ratcliffe warned of foreign interference.

37)
Why is all this important?

Director of National Intelligence John Ratcliffe and FBI Director Christopher Wray said recently that #Iran is working to undermine the integrity of the 2020 election.https://t.co/LmEdaii6Ae

“We have confirmed that some voter registration information has been obtained by Iran and separately by Russia,” Ratcliffe stated. “This data can be used by foreign actors to attempt to communicate false information to registered voters that they hope will cause confusion and undermine your confidence…in American democracy.”

Ratcliffe also warned of other tactics used in an attempt to push President Trump out of office, OANN reported.

Pennsylvania Republicans are calling into question Dominion voting machines, used by over 1.3 million Pennsylvanians as part of their risk-limiting audits of the election process in all 67 counties, Law Officer reported.

A roundtable between lawmakers and Dominion officials was planned last week, but Dominion Voting Systems ultimately backed out, leading to more questions than answers, CBS 21 reported.

As Pennsylvania State Rep. Seth Grove briefed an audience, he said state lawmakers were looking forward to hearing from Dominion experts who could address the growing fear that the system had been compromised, as discussed by Rudy Giuliani and other members of the Trump legal team during a press conference last week.