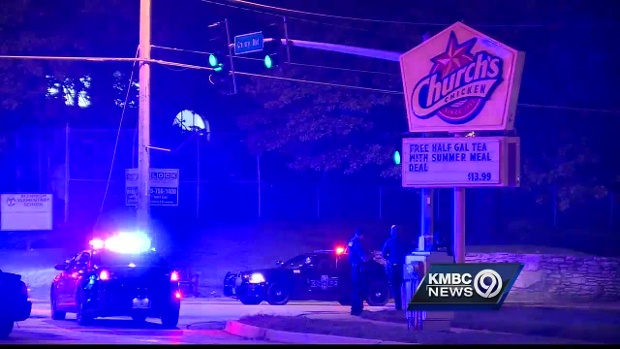 Just after midnight, Kansas City Officers heard the sound of gunshots. Upon arrival at the scene, officers saw one man armed with a gun inside a vehicle and a large crowd gathering nearby.

A confrontation ensued and the man inside the vehicle was shot by an officer.

Police then removed the man from the scene and administered first aid while an ambulance arrived. A second man then approached the officers aggressively. Police ordered the man to back up, but when he refused, an officer used a taser on him, at which point he was taken into custody.

They said while they were rendering first aid to the first suspect and attempting to control the crowd, someone in the crowd began firing at the officers.

That suspect shot by police is listed in critical condition.