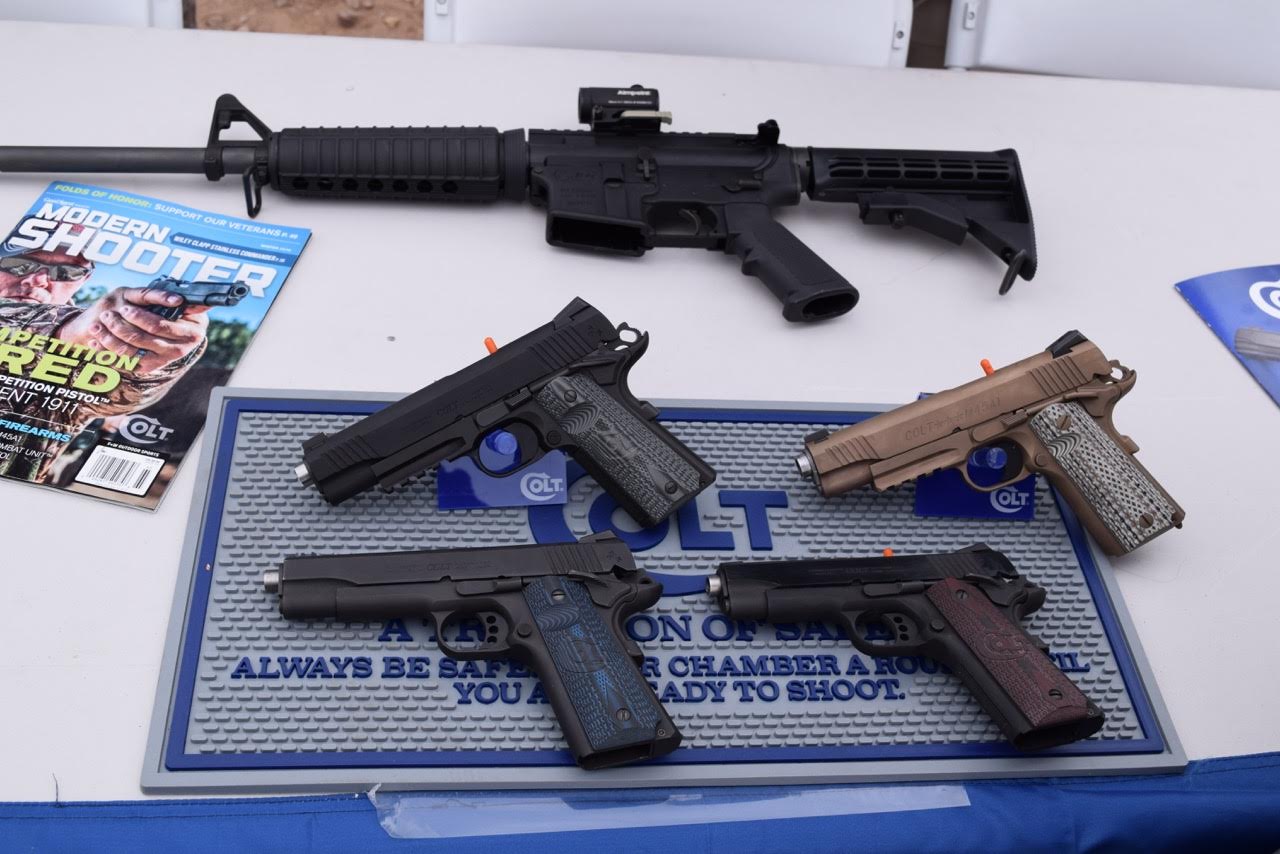 Law Officer Columnists Jeff Chudwin & Kim Heath are covering the SHOT Show for Law Officer.  Here is their report from the Range Day held on Monday.

Range day on Monday for media and industry was held at the Boulder (City Nevada) Rifle and Pistol Club. So much firearms and gear to report on, not enough time.  Having used a 1911 pistol for many years in competition and carrying one for my law enforcement work, I first went to Colt to see what they were working on. Good news to report.

With the limited shooting opportunity I was able to shoot the rail gun and the 9 m/m competition model. With production features mirroring what used to be expensive custom modifications, handling and feel was very good. Both pistols were accurate on the steel targets out to 25 yards but the real answer will have to wait until I can get a chance to run the pistol through a far more extensive set of tests.

Handling qualities and looks wise, these are very nice pistols. As indicated in the sales sheet below, Colt is obviously working hard to bring the costs down on the 1911’s yet give you an out of the box pistol ready for hard service.
My only suggestion to Colt is make these pistols in a slim line version using the VZ thin grips and a short trigger. This simple change truly enhances the feel and shootability of the 1911 platform for smaller hand / shorter finger shooters who make up a good part of the market.

Colt also has a new econo model AR carbine. The Expanse M-4 has all the Colt features minus a dust cover, forward assist, and lacks the chrome lined barrel. For those who will not be in extreme conditions where salt water and rust are a concern, I am not worried about the lack of the chromed chamber and bore. The other rifles we have used since we started shooting do not have this feature and have held up just fine. The dust cover and forward assist are obviously preferred but again, not truly needed.