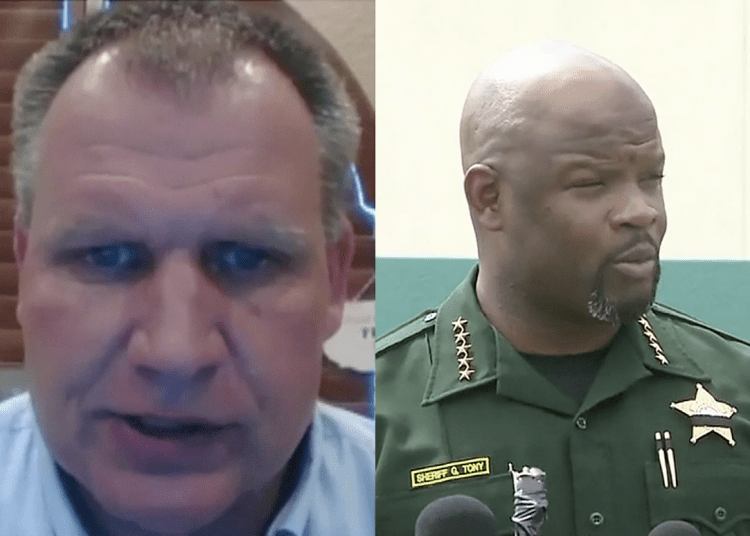 Earlier in the week, Bell was critical of Broward County Sheriff Gregory Tony and his handling of the COVID-19 crisis. The union president does not believe the sheriff is doing enough to protect his deputies, Local 10 reported.

Tony held a news conference Tuesday morning and lashed out at Bell saying, “It has impacted the confidence in the community as to whether or not we are prepared. It has also impacted the nature of the camaraderie within this agency, and this has been sparked off by a member who is supposed to represent the very best of our organization, which is our law enforcement personnel, who put their lives on the frontline.”

“I have a rogue employee who decides to politicize and capitalize on a moment when we lost one of our own,” Tony said. “It’s not only dishonorable, it’s unnecessary.”

Bell confirmed to Local 10 Friday that he has been suspended. The union president said he could not discuss the case. As a result, he referred questions to his lawyer, Eric T. Schwartzreich.

Schwartzreich’s statement: “Jeff Bell was suspended with pay because he was trying to make sure our deputies have personal protection equipment. To suspend someone when they are looking out for first responders is against the law, reprehensible and actionable. Jeff was exercising his first amendment rights as a whistleblower. He was acting in the best interest of his deputies, first responders and the community as a whole.”

A statement from the BSO Sheriff’s office from Tony said: “Deputy Bell is currently the subject of an internal affairs investigation related to violations of BSO policies and procedures. He will be afforded all protections and due process rights afforded under the law and consistent with BSO policies. Otherwise, the agency will not comment on pending internal affairs investigation.”

Tony gave the media a tour on Friday of BSO’s emergency operations center, to show what’s being done to protect deputies and dispatchers.

“This is a quick reminder to the community that we are constantly ahead of the curve to make sure we procure the proper equipment and that we have a plan in place to disperse it out,” Tony said.

Local 10 reported that deputies were lined up to pick up a shipment of N95 masks.

Bell said earlier in the week, “If you look at 5,500 employees with 25,000 N95 masks, that means you are looking at four to five masks per person in the agency since February. Is that enough masks in your mind?”

Tony addressed those comments on Friday. “I will tell you that there have been some comments made about whether or not we are prepared from the union president but when you look collectively at what we’ve bee able to disperse. The other day we had already pushed out 25,000 high-quality N95 masks in conjunction with 45,000 surgical masks. It’s my goal and our command staff’s goal to not become complacent. We spent over $1.3 million dollars and I’m willing to spend another 10 if that’s necessary.”