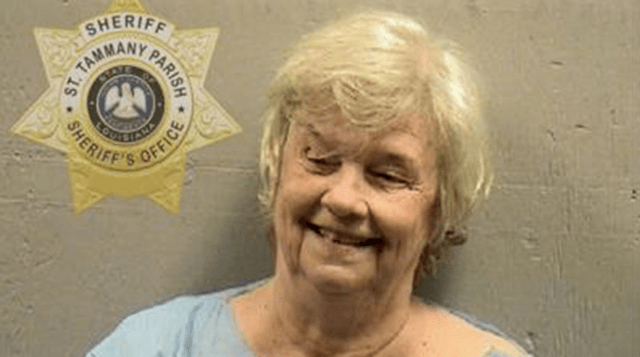 ST. TAMMANY PARISH, La. – A senior citizen was sentenced to decades in prison after she tried to kill her attorney. She claimed the lawyer bungled her bankruptcy case.

Patricia Currie, of Mandeville, was 75 years old in October 2016 when she pulled a loaded shotgun on Keith Couture at his office.

Couture testified in court that when he came out to see Currie and asked her why she was there, she said she was going to kill him, NOLA.com reported. Currie, who was sitting in a chair and had latex gloves in her hands, then showed him a .410 shotgun hidden underneath a towel on her lap.

Currie raised the weapon at Couture, but he wrestled it away and called police.

As a result, Currie was arrested and taken into custody. Investigators said her shotgun was loaded and four additional shotgun shells were found inside her underwear. Moreover, Currie had a box of ammunition in her vehicle, investigators said.

The senior citizen woman testified that she was only trying to scare Couture. However, Blair Alford, the assistant district attorney of Washington and St. Tammany Parishes, argued differently. She said during trial the incident “was a coldblooded, calculated attempted murder.”

“If it was not for the victim’s quick thinking to wrestle the gun away from her, he would be dead,” she said.

In August, Currie was found guilty of attempted second-degree murder — which carried a minimum sentence of 10 years — after a jury deliberated for 15 minutes. On Thursday, she was sentenced to 22 years in prison.