Search on for Alabama gunman wanted in officer’s murder 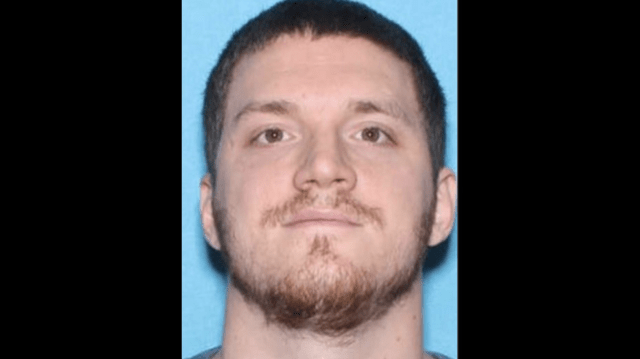 Grady Wayne Wilkes, the suspect in the shootings, is considered armed and dangerous. (Auburn Police Department)

AUBURN, Ala. – Police launched an exhaustive search Monday morning for an Alabama gunman they say shot and killed a police officer and wounded two others at a trailer park in Auburn late Sunday night.

The officers were responding to a call of a domestic disturbance when Grady Wayne Wilkes opened fire, authorities said. The shooter was dressed in camouflage body armor and wearing a helmet, Fox News reported.

“This is probably the worst day of my time here and words cannot express the loss for this family, and our family, and this community,” Auburn Chief of Police Paul Register told reporters Monday.

Wilkes, who is 29 years old, is described as being around 6-foot 4-inches, weighing 215 pounds.

“We do believe he is dangerous, and obviously in this situation was, to these officers,” Register added.

The chief says two of the officers were seriously injured but are expected to recover. The deceased officer has not yet been identified.

A tweet posted on one of Auburn University’s accounts warned students to stay away from the Arrowhead Mobile Home Park, five miles away from its campus.