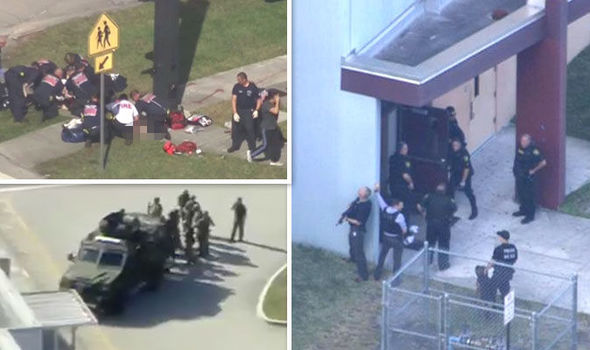 A school official says there are numerous fatalities from the high school shooting in South Florida.  USA Today reports that 17 are dead following the mass shooting.

Broward County Superintendent Robert Runcie says “There are numerous fatalities. It is a horrific situation.” He added, “It is a horrible day for us.”

The gunman, believed to be wearing a gasmask, opened fire shortly after 2 pm local time, just as students were preparing to leave for the day.

The sheriff’s statement didn’t elaborate on the victims or their injuries. The Margate Fire Department told CBS Miami between 20 and 50 people have been injured.

President Donald Trump has spoken with Florida Gov. Rick Scott about the shooting. He says in a tweet that the White House is “working closely with law enforcement on the terrible Florida school shooting.”

He earlier tweeted his condolences to the families of the victims.