Citizens came to the aid of the distressed woman and recovered the child as the suspect fled, but was later captured 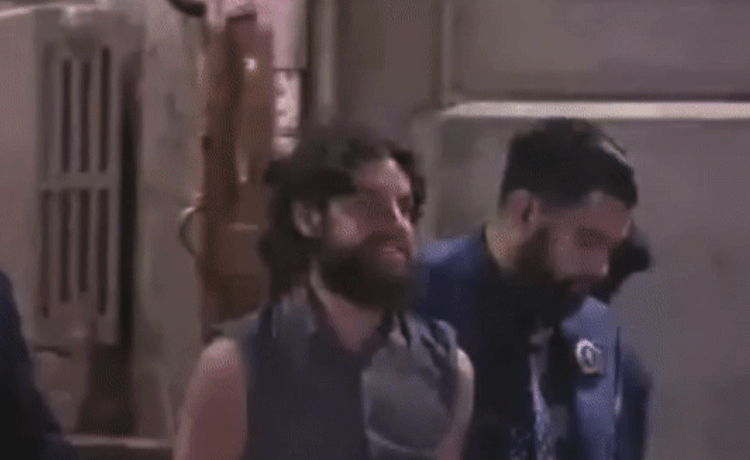 Santiago Salcedo was charged with kidnapping, attempted kidnapping, unlawful imprisonment and endangering the welfare of a child. (Screenshot WNYW)

NEW YORK — Alarming video from New York City shows a stranger snatching a 3-year-old girl from her grandmother in the Bronx and run off with the child on Monday before witnesses intervened.

Citizens who saw the abduction stepped in to help rescue the little girl from the clutches of Santiago Salcedo, 27, as he tried to flee with the child while the distraught grandmother feebly chased after him.

Meanwhile, two toddler grandsons meander about the scene during the distressing crime.

Once the child was recovered from the suspect, witnesses told WABC the homeless man then walked back across the street to his scooter, stared at people who called for the police, and then took off about 1:20 p.m. Police located him later in the day.

According to the New York Post, a worker at a nearby gas station jumped into action when the girl was taken.

“I was sweeping outside, and all of a sudden this lady passed by with three kids… the guy grabbed her from there. I’m like, for me, I thought it was family joking around,” said Fermin Bracero, 63.

However, Bracero quickly realized the abduction was legitimate.

“The grandmother was screaming loud, ‘He’s taking the little girl!’ Then I and a couple of people went to run after him,” he said.

New video: The scary moment a man snatched a 3-year-old girl off a Bronx street as she walked with her grandma

The suspect finally released the girl and returned to nearby scooter and fled, the Post reported.

“Then he took off with the scooter,” Bracero said. “Maybe a quarter of a mile or less, (then) he left the scooter… Then just kept walking like nothing. He was homeless. That was crazy.”

Santiago Salcedo, a 27-year-old homeless man charged with the attempted kidnapping of a 3-year-old girl, smiles at media while being led out of the NYPD’s 45th Precinct Monday evening. (WNYW)

Police located Salcedo hours later sleeping in the doorway of a nearby restaurant. He reportedly told investigators “the voices in his head” told him to kidnap the girl, police sources told PIX 11. The girl was not harmed, but was taken to an area hospital for a precautionary evaluation.

Salcedo was charged with kidnapping, attempted kidnapping, unlawful imprisonment and endangering the welfare of a child.