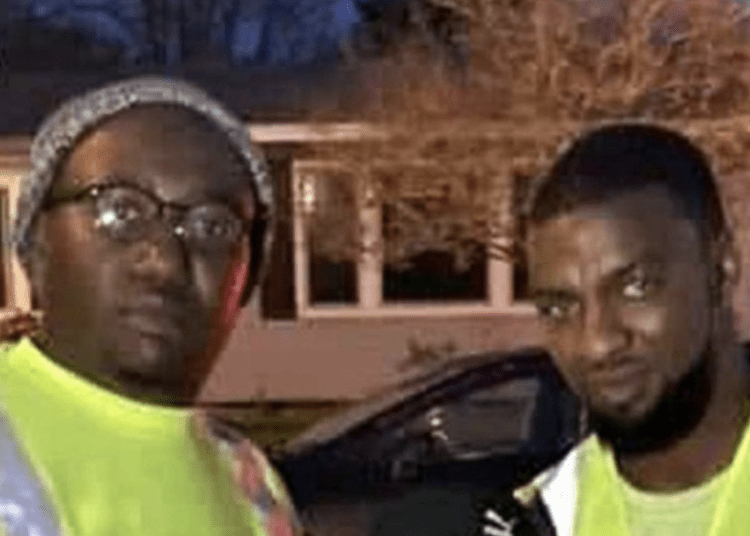 Dion Merrick and Brandon Antoine were hailed as heroes. (Twitter)

ST. MARTIN PARISH, La. — Two sanitation workers in Louisiana were praised for their quick thinking Monday after they helped police track down a 10-year-old girl who had been kidnapped, authorities said.

Dion Merrick and Brandon Antoine were working their usual trash pickup route on Monday morning when they noticed a silver sedan in the middle of a field in St. Martin Parish, La., about 20 miles northeast of New Iberia, where the girl had been kidnapped. The car matched the description of an earlier Amber Alert, Fox News reported.

Merrick said he called 911 and maneuvered his garbage truck to block the vehicle until law enforcement arrived.

“I just saved that little girl’s life,” Merrick said on Facebook Live. “They got him now.”

The girl, Jalisa Lasalle, was reported missing from a family member’s residence in New Iberia between 1 p.m. and 2 p.m on Sunday afternoon, according to the New Iberia Police Department. Once the girl was rescued, she appeared to be unharmed, authorities said. However, she was being evaluated by medical personnel as of Monday morning, reports said.

Authorities arrested the suspect, Michael Sereal, 33, who was seen in a video being led away by police. At one point in the video, he was allegedly heard yelling, “Why are you doing this to me?”

Sereal is a registered sex offender, according to Iberia Parish records. He is facing charges of aggravated kidnapping of a child and failure to register as a sex offender, KATC reported, citing jail records.

“Great job gentlemen,” a member of law enforcement was heard telling Merrick and Antoine in the video. “Thank you for your assistance.”