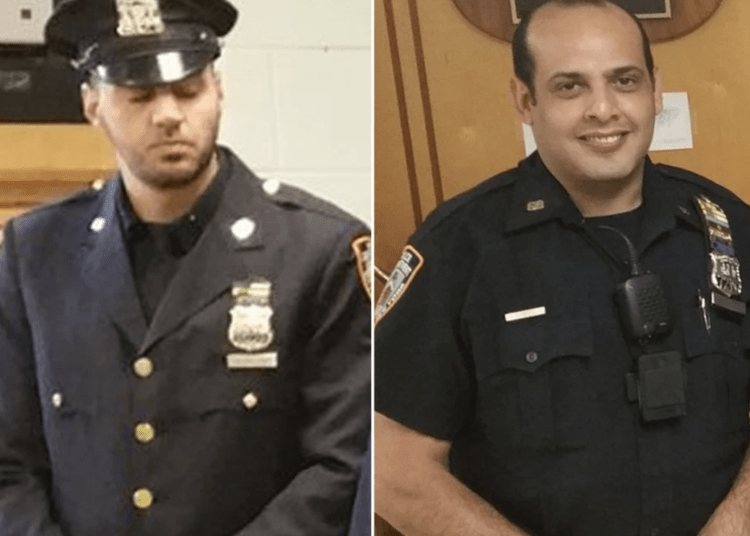 Sanad Musallam and Yaser Shohatee were fired from the NYPD over alleged sexual misconduct with a 15-year-old girl. (NYPD)

NEW YORK — Two NYPD police officers reportedly had sex with an underage member of the police youth program, taking advantage of the underage girl to “satisfy their depraved interests,” an internal department judge has ruled.

The officers’ “shocking professional and sexual misconduct” included behavior from one of them that “would cause any responsible adult, let alone a parent, to recoil in horror,” the NYPD judge wrote in a blistering ruling published last week, New York Post reported.

The public report identified Sanad Musallam and Yaser Shohatee as the terminated officers. It says they “targeted’’ the girl, who was 15 at the time and a member of the NYPD’s Explorers program, according to the disciplinary documents.

Musallam, 34, and Shohatee, 41, each engaged in sex with the girl and engaged in dozens of phone chats and hundreds of text exchanges, which included “sexually explicit” photos, between 2015 and 2016, the records claim.

The judge, Assistant Deputy Commissioner of Trials Paul Gamble, recommended dismissing both officers after finding them guilty of the sexual encounters among other internal misconduct charges in a 41-page ruling. The judge firmly rejected the officers’ narrative, according to the Post.

The NYC officers denied the allegations. Each man remained with the department until they were fired March 25, three weeks after Gamble’s ruling.

Neither officer was ever criminally charged during the four-year ordeal. The criminal case collapsed once the teen refused to continue cooperating with investigators, said a spokesman for the DA’s office.