San Francisco Police Station Evacuated After Explosives Are Turned In 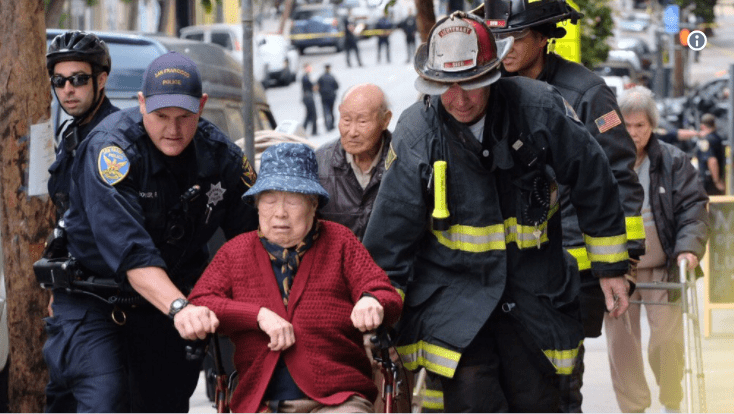 A shelter-in-place order was issued Tuesday after a person tried to turn in possible explosives at the Tenderloin Police Station at Eddy and Jones streets in San Francisco, officials said.

“At 12:15 p.m. a citizen found and brought to the Tenderloin station possible explosive devices,” said Officer Giselle Talkoff, a spokeswoman for the San Francisco Police Department.

The SF Gate reports that some of the area around the police station was evacuated while others were told to shelter in place.

The bomb squad was sent to the station to secure the possible explosives.

Share and speak up for justice, law & order...
Tags: bombheadlineNews