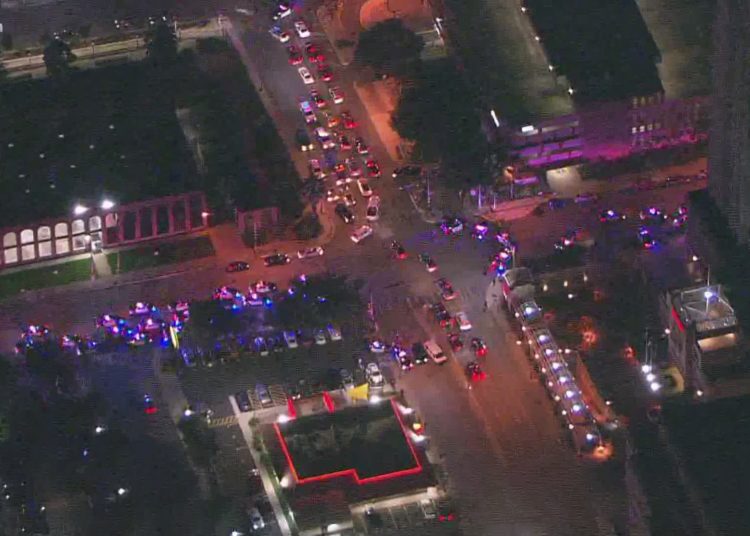 San Antonio Mayor Ron Nirenberg said he is inquiring about projectiles that were used by police on protesters and media members Tuesday night at the Alamo.

For the fourth day in San Antonio, people marched through downtown protesting racial inequality and the police killing of George Floyd in Minneapolis.

According to KSAT, the Alamo is under a nightly curfew after 8:30 p.m. and police encountered a group just before 11 p.m.

According to videos posted on social media and reporters who were at the scene, an organizer was instructing the group of protesters to put their hands up and their back to the officers. As he is leading the crowd, just feet in front of the line of police, officers can be seen launching projectiles at the group.

THE RUBBER/PEPPER BULLETS AND TEAR GAS IS HAPPENING.

I was shot in the leg but I’m fine. Tear gas does not taste good.

Police said that officers were “attacked with glass bottles” and that they responded with pepper balls, smoke, wooden and rubber balls.

Protesters weren’t the only ones hit by the projectiles.

Spectrum San Antonio reporter Lena Blietz said she was hit in the leg while covering the protests.

After the news began to spread on social media, Nirenberg responded to a reporter’s tweet questioning if he was “okay with” police officers shooting members of the media with non-lethal projectiles.

“No, I’m not. I am asking for more information on these projectiles,” he wrote around midnight. 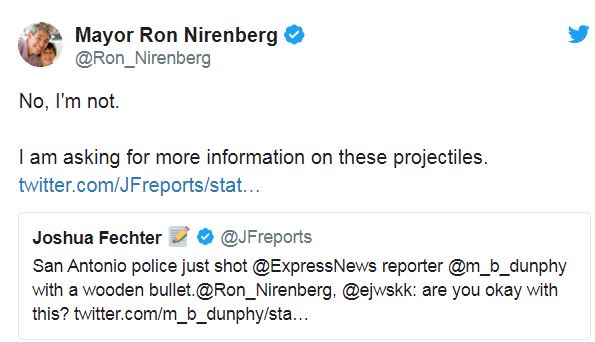 Several journalists in San Antonio have suffered minor injuries in the four days of the protests.