'Clown in a suit' sums it up best 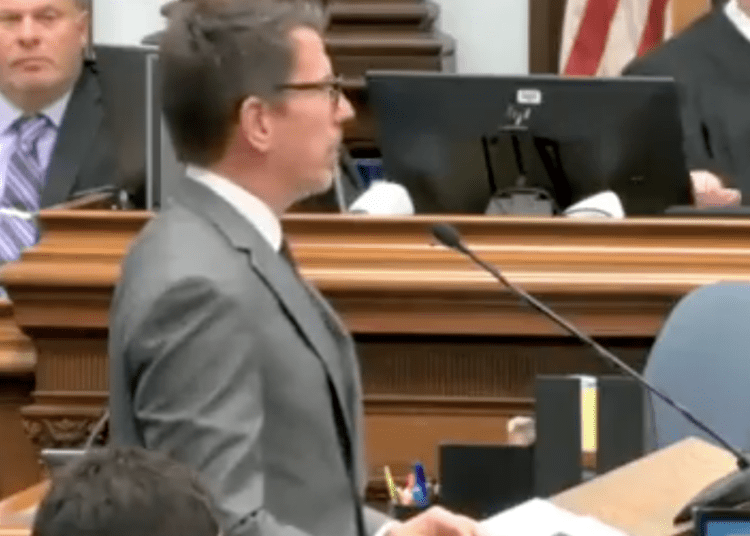 KENOSHA, Wis. — Assistant District Attorney Thomas Binger who is prosecuting Kyle Rittenhouse was rightfully slammed by critics watching the trial after the attorney claimed during closing arguments that Rittenhouse’s rifle negated his right to self-defense.

Binger addressed the jury on Monday in his summation and was making a last-ditch effort to convince jurors that Rittenhouse was the aggressor on the night of August 25, 2020, and the two men Rittenhouse killed and the one he wounded were justly attempting to stop the teen, Daily Wire reported.

Binger: “You lose the right to self-defense when you’re the one who brought the gun.” pic.twitter.com/sDjv0Rk6tu

By promoting this illogical conclusion, every police officer who is engaged in a justified shooting would be at fault. Moreover, about 2 million citizens who annually resort to a firearm in self-defense would be guilty of committing a criminal offense since they “brought the gun” to the scene.

With all the prosecutorial faux pas committed during trial, Daily Wire said it best with their title on this issue, “Clown in a Suit.”

This man has never had a single day of firearms training

But he will put you behind bars for using yours to defend yourself pic.twitter.com/CkSV3nrBGw

According to Mark Hemingway, the prosecutor handled the weapon recklessly in the courtroom while trying to make a point.

HE POINTED A GUN AT PEOPLE IN THE COURTROOM?!! https://t.co/ehRcwlD7T0

More Binger idiocy was reported by the Post Millennial as he referred to Kenosha rioters as “heroes” trying to stop an “active shooter.” He also used a ridiculous illustration equating Rittenhouse’s circumstances to a bank robbery suspect shooting his way out of a bank when the “crowd comes in.”

“Is it reasonable for a criminal to be able to shoot himself out of a crime scene? When a bank robber robs a bank and runs away, and the crowd comes in, he just shoot anybody and claim self-defense?” Continuing, Binger claimed, “And every day we read about heroes that stop active shooters. That’s what was going on here. And that crowd was right. And that crowd was full of heroes.”

He’s delusional. Regardless of your thoughts on Rittenhouse, rioters who destroyed part of a city are not heroes.