'Oh my god! I just got hit by a car,' Tori Yorgey said while broadcasting on a news story 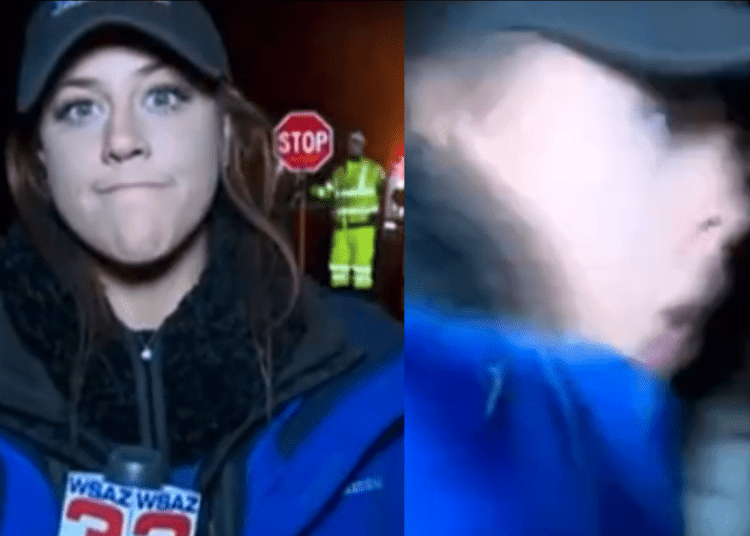 Reporter Tori Yorgey was struck by a vehicle during a live TV broadcast. (Twitter)

DUNBAR, W.V. – A West Virginia reporter was struck by an automobile while broadcasting on live TV Wednesday, video shows.

Tori Yorgey is a reporter at WSAZ-TV in West Virginia. She was outside getting ready to report on a water main break in Dunbar when an SUV appeared in the shot and hit her, sending her crashing into the camera, Fox News reported.

Wow, this reporter gets hit by a car, and rebounds to finish the live shot! 😂 pic.twitter.com/dbwKt5N1xc

As the live broadcast continued, Irr asked Yorgey where she was hit by the car, because he just saw her disappear, the anchor said.

“I don’t even know, Tim,” she replied. “My whole life flashed before my eyes.”

The driver of the SUV could be heard apologizing as Yorgey  assured her she was fine.

“I thought I was in a safe spot, but maybe we need to move the camera over a bit,” the reporter said as she collected herself following the incident.

Yorgey eventually continued reporting on the story, which originally brought her to the scene.

“Shop with a Cop” Event Interrupted by Police Shooting