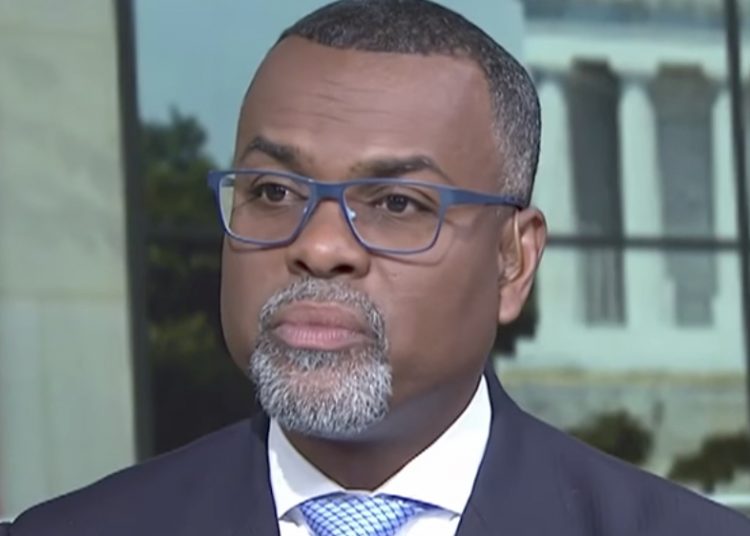 As reported by Newsbusters, Glaude was asked by host Kasie Hunt how, in context of recent mass shootings and police-involved shootings, “do we figure out how to move forward and have the next iteration of this conversation? What do we need to be focused on right now?”

At first, Glaude focused on the trauma families go through in losing a loved one:

[N]ot only are there families grieving, but you can imagine, as these images are loop and they’re kind of layered on top of each other, you have to imagine communities, black folk around the country terrorized in interesting sorts of ways and problematic ways by having to see these images over and other again. Not only because they are horrific, but because they generate an occasion for us to worry about our own family members, about our own lives, about our children, our husbands, our wives, our aunts, our mothers, our fathers, that sort of thing.

Glaude continued, “We have to understand for generations, the age of Reagan what defined by a form of policing black and brown communities that had violence at its core. We thought of these folks as super predators, we thought of ‘tough on crime’ as the way in which we modeled it.”

You think about the very ways in which our communities have been perceived to justify this form of policing. So, we have to in some ways…challenge the underlying assumptions…in surveilling, containing and surveilling black folk, brown folk. We have to challenge what Melissa [Murray] just suggested. Not challenge, we have interrogate what we mean by public safety when it comes to particular communities.